The new-gen Nissan Z sports car is rumoured to be christened as the Nissan 400Z.It will be based on the Z Proto concept which was previewed in September 2020.It may get a six-speed manual transmission to please the car purists.
By : HT Auto Desk
| Written By : Prashant Singh
| Updated on: 11 Jun 2021, 10:29 AM 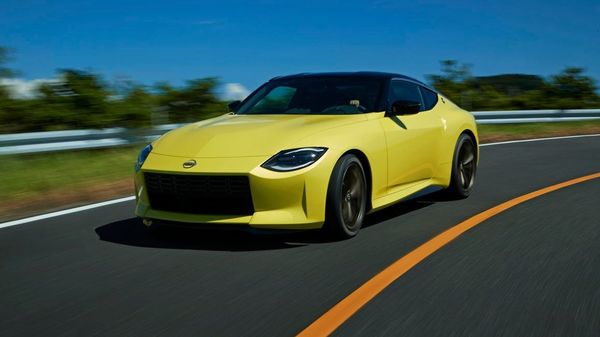 Nissan Z Proto features a sporty and purposeful design language that pays homage to its predecessors.

Nissan has announced that the official debut of the seventh-generation Z sports car will take place on August 17. For the record, it is not even a year since the Z Proto concept was previewed in September 2020.

The Japanese carmaker has remained tight-lipped on the details of the upcoming Z sports car but whispers from the overseas markets suggest that the new Z will be christened as the 'Nissan 400Z'. It is also said to be powered from a 3.0 litre twin-turbo V6 engine that's found on the Infiniti Q60 Red Sport 400. This engine has been rated to churn out 400 hp of maximum power and 475 Nm of torque. At this output, expect a 0-100 kmph sprint timing of close to four seconds.

If reports are true, the engine output of the new Z will be much higher when compared to the outgoing 370Z that delivers 332 hp and 366 Nm from a 3.7 litre naturally-aspirated V6 powertrain. Also, the Nismo version of the outgoing model delivers 350 hp and 374 Nm

The icing on the top will be its six-speed manual transmission which will be offered as standard, sending power to the rear wheels. In addition, there will also be an automatic transmission option on offer.

As far as the exterior design goes, Nissan’s vice president of global design, Alfonso Albaisa, has previously informed that the production-spec new-gen Z sports car will be almost similar to the Z Proto. Going by the piece of information, expect it to have design elements such as the iconic fastback shape, large grille and lighting clusters inspired by past models.

Inside, expect the car to feature an 8-inch touchscreen infotainment system, a digital instrument cluster, a three-spoke steering wheel, triple gauges above the centre air vents, and a traditional handbrake to please the purist audience.