The Renault Triber has been quite a popular offering in the Indian market, but non-availability of an automatic transmission has always been a bummer.
By : Prashant Singh
| Updated on: 11 May 2020, 00:29 AM 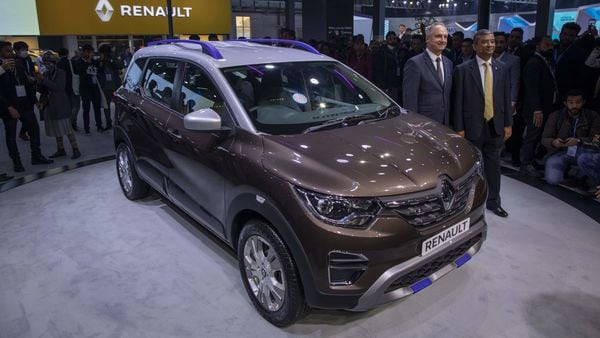 Renault showcased the Triber AMT in the Indian market at the Auto Expo 2020. Now the same has been slated for launch on May 18th as per a leaked document. The car has already been spotted amidst testing on several occasions in the past.

While the Triber has been quite a popular offering in the Indian market, but an automatic transmission has always been sorely missed in it.

The car is now bound to get the Kwid's 5-speed Easy-R AMT unit and will use the BS 6 compliant 1.0-litre three-cylinder engine producing 72 PS of maximum power and 96 Nm of peak torque. In terms of fuel economy, the engine is rated to deliver 20.5 kmpl, while the 5-speed MT version delivers 20 kmml. In terms of pricing, the Renault Triber AMT will be made available at a slightly higher premium due to the updated engine as well as costlier transmission. It will retail at around ₹30,000 to ₹40,000 higher price-tag in comparison to the current MT model.

(Also Read: Renault may cut sub-contractors to save up to 200 million euros: Sources)

As per the leaked document, display and the booking will commence on the same day as its launch.