Home Auto News Renault May Cut Sub Contractors To Save Up To 200 Million Euros: Sources

Renault may cut sub-contractors to save up to 200 million euros: Sources

As per sources, the number of sub-contractors that work with Renault in the department could be cut to four or five from around 15 now.
By : Reuters
| Updated on: 29 Apr 2020, 18:10 PM 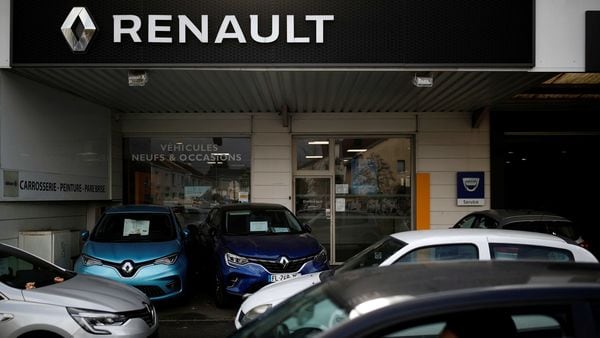 FILE PHOTO: Renault, which is 15% owned by the French state, has been put under pressure by the coronavirus pandemic.

Renault is considering cutting the number of sub-contractors it uses to develop car models in its engineering division potentially saving the carmaker between 100 million to 200 million euros, two sources close to the company said.

Renault was already struggling before the coronavirus crisis hit sales and brought production to a halt. In February, the group reported its first loss in 10 years on faltering demand and lower income from its Japanese alliance partner Nissan.

It is due to outline some 2 billion euros ($2.17 billion) in cost cuts from mid-May, alongside a joint strategy update with Nissan on how to reboot their partnership, as the company struggles with shrinking margins.

The carmaker, which is 15% owned by the French state, has been put under more pressure by the pandemic, and the government said last week it was working on a 5 billion euro aid package for Renault.

This would involve state-guaranteed loans to help the company shore up its liquidity in the wake of similar deals for the likes of Air France-KLM.

Renault's interim Chief Executive Clotilde Delbos is overseeing the first wave of cost cuts at Renault before former Volkswagen executive Luca de Meo joins as CEO in July. Delbos has said the government aid would not impinge on her "no taboo" pledge to find savings, including by shutting plants or cutting jobs.

Renault's engineering business, led by former PSA executive Gilles Le Borgne since January, is expected to be central to the cost cutting plan.

The number of sub-contractors that work with Renault in the department could be cut to four or five from around 15 now, the sources said.

"There would only be a handful of big sub-contractors left to share some 80% of (Renault's) needs, but who would be in a position to make broader, more competitive offers," one of the sources said.

Auto companies often outsource some of their development needs to engineering and services firms such as Altran, Segula, Expleo, Alten or Akka.

As part of cost-cutting, Renault has already ditched its main passenger car joint venture in China, and has also made real estate disposals.