Renault was in talks with the French government to secure the state-backed loan to shore up its liquidity during the coronavirus pandemic.
By : Bloomberg
| Updated on: 25 Apr 2020, 03:19 PM 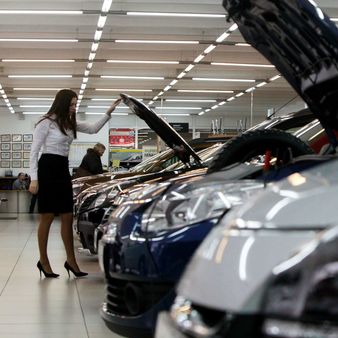 Renault burned through 5.5 billion euros in the first quarter, bringing its liquidity down to 10.3 billion euros at the end of March.

Renault SA is poised to get a state-backed loan of about 5 billion euros ($5.4 billion) to cushion the struggling French carmaker from the impact of the coronavirus pandemic that has clobbered the auto industry.

French Finance Minister Bruno Le Maire said Friday the funding package is still under negotiation, while at the same time announcing an even bigger one for Air France-KLM, which has been hit harder by the health crisis devastating European economies and leading companies to shore up liquidity.

“It’s an industrial jewel that belongs to our culture, to our history," Le Maire said of Renault, adding that the country’s auto industry and 1 million jobs are at stake.

The carmaker this week reported a 19% drop in first-quarter revenue, with unit sales in Europe tumbling by more than a third after government restrictions on public life shut dealerships and factories across the region. Interim Chief Executive Officer Clotilde Delbos had confirmed the company was in talks for a loan of several billion euros “to be on the safe side" during the crisis and said the funds would come without strings attached.

To make way for the government support, the company scrapped its dividend earlier this month. The French government has warned companies not to make payouts to investors if they plan to get state help. European companies have tapped 127 billion euros since March 9 to shore up finances.

Renault burned through 5.5 billion euros in the first quarter, bringing its liquidity down to 10.3 billion euros at the end of March. The automaker is beginning to reopen factories in France this week, even though some unions have expressed opposition. It has already restarted operations at plants in Morocco, Spain, Portugal and Russia.

The pandemic hit when Renault was already suffering from slumping sales in key markets and a dismal performance at partner Nissan Motor Co. The carmakers, linked in an uneasy alliance for the past two decades, have been dogged by infighting and instability since the arrest of former leader Carlos Ghosn in late 2018. Renault’s next CEO, Luca de Meo, doesn’t take the helm until July.