Renault is already in trouble after its profitability slumped as the carmaker struggles to repair a relationship with partner Nissan Motor that was undermined by the arrest of their former chairman Carlos Ghosn in 2018.
By : Bloomberg
| Updated on: 10 Apr 2020, 08:23 AM 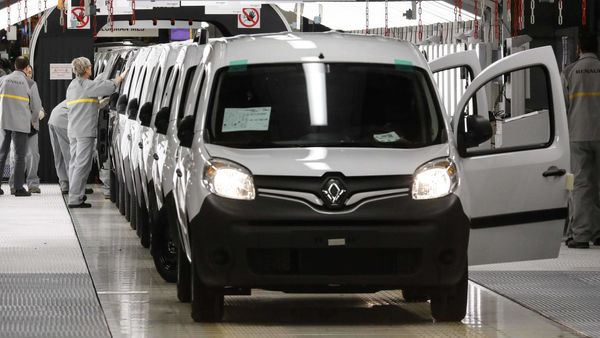 File Photo of employees working on a vehicle assembly line at a Renault factory in France.

Renault SA scrapped its dividend to conserve cash after the coronavirus pandemic forced plant and showroom closures that have strangled the French carmaker’s operations.

The board also agreed that Chairman Jean-Dominique Senard and interim Chief Executive Officer Clotilde Delbos would take a 25% pay cut for at least the second quarter and the board of directors would lower their attendance fees by a similar amount for the year, according to a statement Thursday.

The dividend, which had already been reduced earlier this year, would have been worth 325 million-euros ($353 million). An annual general meeting will be held June 19, the company said.

The French government has said it will cut or withhold financial support from companies paying dividends and urged boards to preserve liquidity to support staff and operations amid the economic fallout from Covid-19. The state is the carmaker’s most powerful shareholder and has representatives on the board. Like nations worldwide, France has pledged billions of euros to help businesses get through the health crisis.

Renault joined global carmakers in shutting factories, while dealerships are closed as governments order populations to stay at home in a bid to stem the spread of the virus. The company earlier this year cut the proposed payout by 70% to 1.10 euro per share, and said it would work on a cost-cutting plan. A new chief executive officer, Luca de Meo, is set to take the helm in July.

Before the virus outbreak began in China, Renault’s profitability was already slumping and it was struggling to repair a relationship with partner Nissan Motor Co. that was undermined by the arrest of their former chairman Carlos Ghosn in 2018.

The French company said it held 15.8 billion euros in liquidity and had a 1.7-billion-euro net cash position at the end of December.