Home Auto Cars News Remember The Iconic 'back To The Future' Car? It May Return To Life As An Ev

Remember the iconic 'Back to the Future' car? It may return to life as an EV

DMC DeLorean was made famous by the Back to the Future movie series.Also offered in real-world market for some time, the car eventually faded from showroom shelves.DMC DeLorean could possibly return in the future with an electric heart.
By : HT Auto Desk
| Updated on: 22 Jan 2021, 11:02 AM 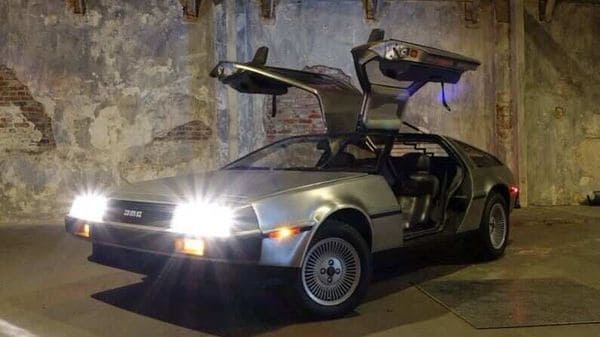 The DeLorean was, by far, the most recognized cars from American startup DMC which was established in 1975.

One of the most iconic cars to have ever been featured in a Hollywood movie was the DMC DeLorean, the vehicle which allowed Marty McFly and Dr Emmett Brown leapfrog from one space in time to another in the popular series from the 1980s. The DMC DeLorean was also available in the real world, sans its time-traveling abilities of course, but was eventually taken off shelves some 40 years back. Guess what? There is a blast from the past in the offing as the car is reportedly gearing up to be reinvented as an electric vehicle!

The DMC DeLorean had hit production lines decades ago despite all the massive challenges that faced the start-up that was the force behind it. The company would eventually go bankrupt though, ending the road for the vehicle. Its inventory and trademark was bought in 1995 but not much came in the form of development.

The lifeline now may come in the form of US' National Highway Traffic Safety Administration adopting new rules for low volume vehicle production with the idea of giving impetus to EVs. "While an electric Cobra or Morgan may be a little extreme for their potential market, we’ve already seen that an EV DeLorean – as we displayed at the 2012 New York International Auto Show – is not such an “out there" idea," a blog post on the NHTSA website reads.

Does this mean Marty can charge up his favourite car, and literally this time? The strongest signs that it may be possible are evident even though the company behind the car will need to cross past other obstacles like securing a steady stream of finances. And even if the car itself does manage to hit production stage, volumes would be low and for a target customer base possibly looking at nostalgia to power his or her ride into the f