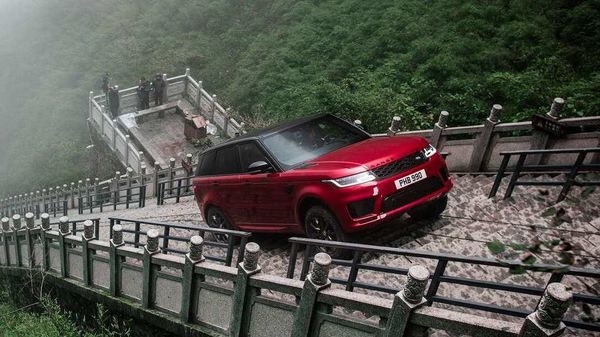 Land Rover on Tuesday announced that its Range Rover Sport has reached the significant milestone of one million in sales worldwide since the production of the vehicle commenced 15 years ago. With its debut in 2005, the SUV has found many takers for its go-anywhere capabilities and stylish profile.

The British luxury car brand sold the one millionth Range Rover Sport back in December 2020.

(Also Read: Jaguar I-PACE to be launched in India on March 9, set to charge up EV space)

The facelift model of the luxury SUV was unveiled in 2017 at the Los Angeles Car Show and went into production in 2018. Since then, this model has helped the carmaker achieve decent sales volumes. In 2019, the carmaker reported sales of 81,700 units globally taking the overall number to 7.47 lakh units for the SUV.

The Range Rover Sport has made headlines several times, with its unique off-roading capabilities. In its launch year, the luxury SUV set a new record on the Pikes Peak Hill Climb in the US. Also, it then set the fastest record for crossing the Empty Quarter desert in Saudi Arabia.

Back in 2018, the Range Rover Sport became the first vehicle in the world to drive up the 999 steps to the famous Chinese landmark Heaven's Gate.