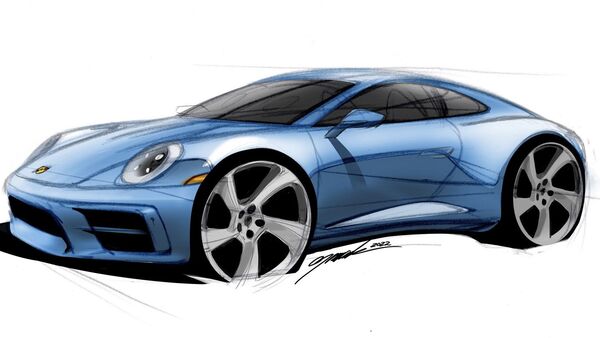 German luxury car brand Porsche announced in March this year that it would turn to its Exclusive Manufaktur wing to create a one-off 911 that will take inspiration from the Pixar character Sally Carrera from the movie Cars. Now, that car is finally going up at auction as part of RM Sotheby’s Monterey auction on August 20. This one-off Porsche is claimed to have been built to celebrate the famous character’s 20th birthday. In the film, Sally Carrera (voiced by Bonnie Hunt) is a 2002 Porsche 911 Carrera and this 2022 model comes as a one-off modern-day interpretation of the movie character.

Featured in all three of the Cars movies, Sally Carrera is known for her kindness and compassion. This is what inspired the charities to which the proceeds from the sale are going, claims the auction house. The winning bidder will be supporting both Girls Inc., a charity that supports programming for girls and young women in the USA, and the UN Refugee Agency, which provides aid to children and families affected by Russia’s invasion of Ukraine.

The one-off 2022 Porsche 911 Sally Special is designed by Porsche Exclusive Manufaktur and Style Porsche. They reportedly received assistance from Bob Pauley and Jay Ward, the production designer and creative director of the movie Cars.

The one-off Porsche 911 comes as more of a homage to Sally Carrera than a direct recreation of the character. Porsche says that it has created several bespoke parts for the project. The automaker has released a sketch that suggests that the car could get the pinstripe tattoo that was featured in the movie, custom wheels, a manual transmission, and more.