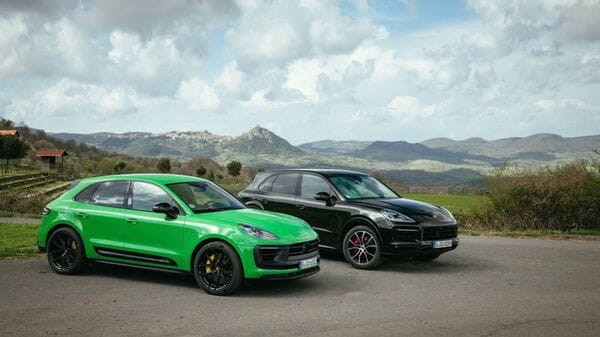 The best-selling model in the first half of the year was Porsche Cayenne followed by Porsche Macan.

Porsche announced that despite multiple challenges, it has maintained strong delivery figures in the first half of the current year. Porsche delivered about 1,45,860 vehicles to customers around the globe between January and June. The sports car manufacturer, however, sustained a decline of 5 per cent compared to the previous year.

Porsche informed that the worldwide market situations of the first half-year were different and hence the delivery figures for different regions and markets varied. In Europe, the premium carmaker delivered 43,087 units which is a year-on-year increase of 7 per cent. In Germany, Porsche handed made 13,785 deliveries in the first six months of 2022 which is a 5 per cent rise year on year.

In China, despite long lockdowns enforced due to a surge in Covid-19 cases in past months, Porsche successfully delivered 40,681 vehicles. The decline in deliveries over the first half-year amounted to a 16 per cent drop compared to the previous year, informed the sports car manufacturer. The premium car brand delivered 62,245 vehicles in the Asia-Pacific region, Africa and the Middle East while in the US, it delivered 32,529 vehicles to customers despite delivery and transit issues.

The best-selling model in the first half of the year was Porsche Cayenne followed by Porsche Macan. The former registered delivery of 41,947 units while the latter saw sales of 41,947. About 21,616 units of Porsche 911 were delivered worldwide. Board Member for Sales and Marketing at Porsche AG Detlev von Platen said, “In addition to the difficulties posed by the resurgence of the COVID pandemic in China and other markets, ongoing supply-chain- and logistics-related challenges have accompanied us. At the same time, the desirability of our brand and popularity of our products remains strong. We expect the second half-year to be dynamic. As in previous years, we are optimistic about the future and determined to go full steam ahead with the remaining months of the year."