Porsche Macan facelift SUV to be launched in India soon

Porsche India website has listed the facelift model of Macan SUV as one of its upcoming offerings for the Indian market. The 2022 version of Porsche Macan was recently introduced with a twin-turbocharged 2.9-litre V6 engine that produces 434 hp.
By : HT Auto Desk
| Updated on: 02 Aug 2021, 11:57 AM 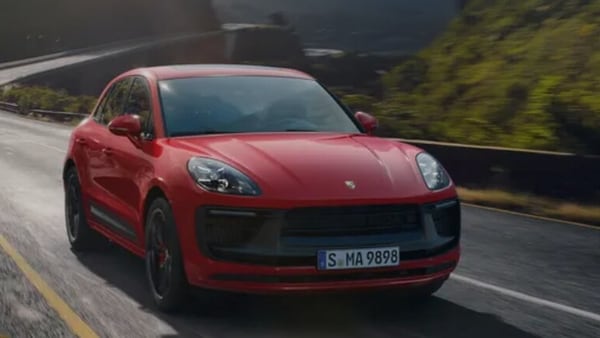 Porsche is all set to drive in the facelift version of the Macan SUV in India soon.

Porsche India is expected to launch the facelift model of the Macan SUV soon for the Indian customers. According to its official website, Porsche has listed the Macan SUV as one of the cars to be announced for the Indian markets. The German carmaker recently introduced the 2022 Macan SUV for the global markets.

Macan has been one of the biggest success stories for Porsche with more than six lakh units sold across the world so far. It contributes a staggering 80 percent of first-time Porsche owners.

Porsche has not given a clear idea of the launch timeline of the new Macan in India. However, it is expected to be in the lines of the facelift model introduced for global markets. The new Macan facelift did not get any Turbo model. However, there is a GTS variant which sits on top of the range now.

The GTS variant, fastest among the Macan SUVs, gets a twin-turbocharged 2.9-litre V6 engine capable of churning out 434 hp of power. There is also an optional Sport Chrono package which can hurl the Macan GTS from zero to 100 kmph in just 4.3 seconds. The top speed of the Macan GTS is set at 272 kmph.

Under the hood of the other models of the facelift Macan SUV has 2.0-litre four-cylinder engine capable of generation 261 hp of power and 400 Nm of torque. The V6 engine on Macan S can generate 375 hp of power.

As far as design is concerned, the facelift Macan will get a reworked front grille flanked by new LED headlights, larger alloy wheels. The standard Macan models will get 19-inch wheels while Macan S gets 20-inch wheels and the GTD model will stand on 21-inch wheels. The Macan GTS will get blacked-out elements along with LED headlights with the Porsche Dynamic Light System (PDLS) and Sport Design exterior mirrors.

The interior is also tweaked now with a new dashboard layout that sports touch-sensitive panels with haptic feedback. It also gets new, shorter gear selector lever sits in the centre besides the 10.9-inch full HD touch display with Porsche Communication Management that supports voice commands.