Porsche likely to see competition from this EV company by 2025: Details here

Polestar is aiming to launch three electric cars by 2024 and it is also developing an exclusively new in-house electric motor.
By : HT Auto Desk
| Updated on: 03 Jan 2022, 02:37 PM 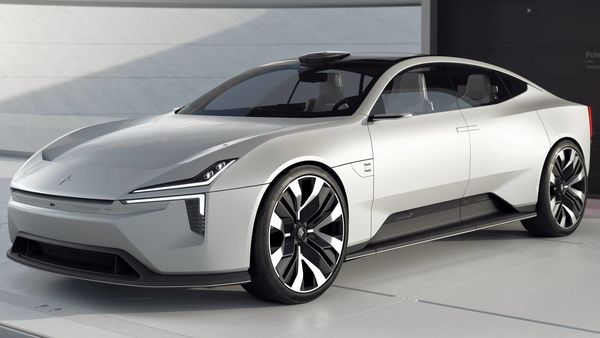 Although Polestar 3 retains some stylistic elements of the previous models, it has a more independent appearance.

Polestar might be far away from Tesla when it comes to making noise in the electric vehicle world, but the Volvo sibling certainly is aiming big to grab a larger chunk in the expanding EV market pie. The all-electric car brand Polestar now has set an ambitious target to become bigger than German iconic high-performance auto OEM Porsche by the end of 2025, a car brand that in 2019 sold 280,800 units.

(Also Read: This EV company wants to build a climate-neutral car by 2030)

In an attempt to become a bigger car brand than Porsche, Polestar has laid out an aggressive launch schedule of new products. The carmaker plans to launch three new pure electric vehicles in the next three years. Polestar is also working on an all-new electric motor, which will be developed indigenously by the automaker. It has also said that this electric motor design will not be shared with Volvo or any other car brand under the same umbrella. Among other sibling brands of Polestar are Lotus, Lynk & Co. etc.

Overall, as it appears, Polestar is chasing a similar trajectory as Tesla. The US-based EV manufacturer started producing its first electric car, the Roadster in 2019. Then in 2018, Tesla breached a quarter-million sales milestone. Polestar too started its journey by making a car that was basically a souped-up Volvo model, until the 2017 Polestar 1.

Now,m Polestar is gearing up to launch the Polestar 3, which will be a five-seater crossover. Upon launch, the Polestar 3 will compete with Porsche Cayenne. This pure electric crossover is expected to offer a 595 km range on a single charge. Expect the Polestar 3 to launch sometime by the end of 2022.

Following this car will be Polestar 4, a smaller and more affordable crossover that will target Porsche Macan. This EV too is expected to come offering around 595 km range on a single charge. Expect the Polestar 3 to launch sometime by the end of 2023.

The next model in the offing is Polestar 5, which would arrive by the end of 2024. This would be a large fastback GT sedan that will be pitted against the Porsche Panamera and Porsche Taycan as well. This electric sedan too would come offering 595 km plus range on a single charge. It would arrive as a road-going version of the Precept concept.