Home Auto Cars News Not A Single Car Sold? Auto Makers In India May Be Bowled Out For Duck In April

Not a single car sold? Auto makers in India may be bowled out for duck in April

With factories shut, dealerships closed and people across the country at home due to the Covid-19 pandemic, April could well be the worst month ever for Indian car makers.
By : Shubhodeep Chakravarty
| Updated on: 25 Apr 2020, 02:08 PM 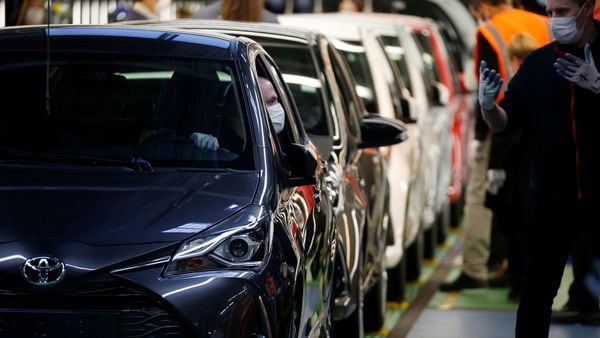 Falling sales graph can be a major source of concern for car makers but April might well see the graph line down right at the bottom in a flat lifeless depiction of how hard Covid-19 has hit the Indian automotive industry. With the national lockdown in place since March 24 and currently scheduled to remain effective till May 3, both manufacturing and demand have almost completely halted. Silent factories, shuttered dealerships and people restricted to their homes have meant that there is a very real possibility that manufacturers will report absolutely negligible sales numbers for the month of April, if they report anything at all.

Zac Hollis, for instance, took to Twitter recently to highlight how the current situation is nothing like what the Director at Skoda Auto India has ever witnessed. "Well after 30 years in the Motor Industry this will be the first time in my career that I will have officially sold zero cars in a month. I know the business will return soon, in the meantime stay safe everyone and follow the Government guidelines wherever you are," he wrote on his official Twitter handle.

Well after 30 years in the Motor Industry this will be the first time in my career that I will have officially sold zero cars in a month. I know the business will return soon, in the meantime stay safe everyone and follow the Government guidelines wherever you are.

R C Bhargava, Chairman at Maruti Suzuki, also pointed out that sales figures would fail to open account in April. "There would be some unusual things which would happen. For example, it has never happened that there is a month in the year when there would be zero sales of automobiles. April is going to be such a month," he told HT Auto on Saturday.

The ominous signs were amply clear from March itself when the sales figure from the month showed a dramatic fall. Maruti Suzuki cut production by 32% and saw its domestic wholesales dip 46.4% at 79,080 units when compared to March of 2019. Hyundai reported 40.69% decline in domestic sales last month at 26,300 units. It was almost carnage for Mahindra and Mahindra, and Tata Motors which saw sales of personal vehicles spiral by 90% and 84%, respectively. (Read full report here)

These are mammoth and quite unprecedented numbers. And with all of April gone under a lockdown, all signs clearly point to a nil or nearly nil sales figure.

Market analysts however say the way forward for auto companies does not fall on assessing April sales at all because the conditions were beyond their control. It, in fact, lies now on emerging from here and paving the way forward from whenever the lockdown is lifted. Getting factories back up and running will require effort. Previous plans could get serious re-thinks and audit firm KPMG in a report said that new product launches could well be either shelved or delayed.

The present doldrums that the Indian automotive sector finds itself in is not just here but a crisis for companies the world over. It has prompted many to re-assess investments into newer technology, R&D, facelifts as well as fresh models. Auto component manufacturers also face troubles galore the world over and it could well be an extremely challenging 2020 before things possibly become better in 2021.