Home Auto News 300 A Day, 10,000 By May End: How Maruti Is Spearheading Ventilator Production

300 a day, 10,000 by May-end: How Maruti is spearheading ventilator production

RC Bhargava, Chairman MSIL, tells HT Auto about how Maruti Suzuki has helped in ramping up ventilator production in the country and why auto industry has become an obvious choice for helping with production of medical equipment needed in the fight against Covid-19.
By : Shubhodeep Chakravarty
| Updated on: 25 Apr 2020, 02:35 PM 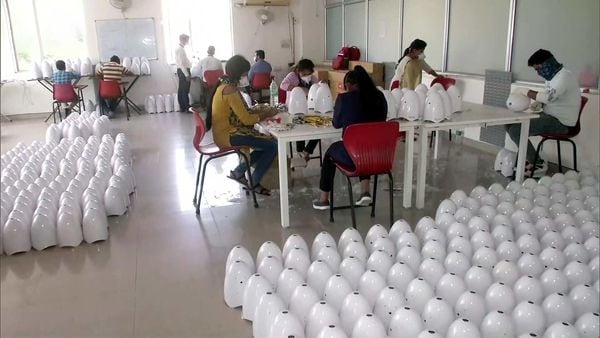 AgVa Healthcare ramps up production of ventilators with the help of Maruti Suzuki.

The tag of being the largest car maker in India has been firmly with Maruti Suzuki for decades. With the tag, however, comes a whole lot of experience that the company has used to massively augment production levels of ventilators, a crucial medical equipment in the fight against coronavirus pandemic.

Ventilators may be complicated medical equipment but the experience of bringing together a whole lot more components to make a car has given an edge to Maruti which had partnered with AgVa Healthcare towards the end of March.

RC Bhargava, Chairman MSIL, in a telephonic conversation with HT Auto, explained the speed with which the entire process of production is being augmented. "Fortunately for us, it was not so much of a big challenge because we are used to doing these kind of things. A car has many more components, ventilators comparatively are smaller items. The only difference is that there were no properly established channels for purchase and supply of these parts (for ventilators) when we took over," he said. "The volumes being made by AgVa were very small and when you're making only a few ventilators, it is easy to buy parts. It becomes a different kind of proposition when you have to make 400 ventilators everyday, 10,000 every month."

Bhargava said that AgVa Healthcare had the technology and Maruti Suzuki stepped in to help them. "Within 10 days of joining hands with them, the first ventilator was out. We have now reached a daily output of about 300 ventilators. The total production till now has been about 1,200," he said, adding that there is an order for 10,000 ventilators from HLL Healthcare, a government company which buys medical equipment. "Total order is for 10,000. Obviously they will be delivered in parts."

Bhargava also praised the Government for providing every possible assistance, especially in importing components. "I must say that the Government has been very helpful, very supportive. Any kind of help which was needed in this area was immediately forthcoming from them. It just shows what can happen when there is trust between Government and the industry," he said, further adding that there have been requests from Haryana and Gujarat governments as well for the ventilators being made.

Asked why auto makers are increasingly being asked to help assist with key medical equipment, Bhargava said it is an obvious choice. "Which other industry has the capability of scaling up an operation like this which means developing the components, importing components, ensuring quality on a large scale, to maintain quality? There are other industries but the auto industry has a clear advantage in this," he said.

So even as the business of making cars remains fraught with troubles and uncertainty - Bharagava says automobile sales will be zero in April. Maruti Suzuki appears to have helping ventilator production as a firm priority for now.