Nissan Magnite SUV, rival to Sonet and Venue, to be unveiled on October 21

Nissan Magnite hopes to make a solid mark in the sub-compact SUV segment in India.Magnite is expected to be launched in India in early 2021 and will take on Kia Sonet, Hyundai Venue, Maruti Brezza, among others.
By : HT Auto Desk
| Updated on: 10 Oct 2020, 08:41 AM 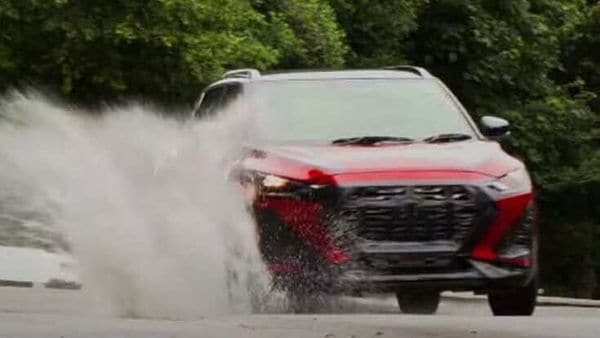 Nissan is hoping Magnite is able to make a big splash in the Indian market once officially launched.

Nissan Magnite will be officially unveiled at the global stage ion October 21 and with India as its primary target market, hopes to create a buzz in the lucrative sub-compact SUV segment before its official launch early 2021. Nissan is betting big on Magnite to stage its comeback in the Indian car market but the vehicle will have to compete against some extremely strong rivals who have made a solid mark here, as well as fresh offerings that have raced to the peaks of sales charts.

Nissan had already showcased the concept version of Magnite towards the end of August, clearly showing its intent to set a new benchmark in vehicles that have a strong design philosophy and a contemporary cabin. By its own admission, the company states that the design approach was based on the art of sculpting and not just drawing lines on paper, adding that the cabin will be wide and spacious due to the horizontal instrument panel, followed by the air ventilators that have a distinctive shape and cliff section. 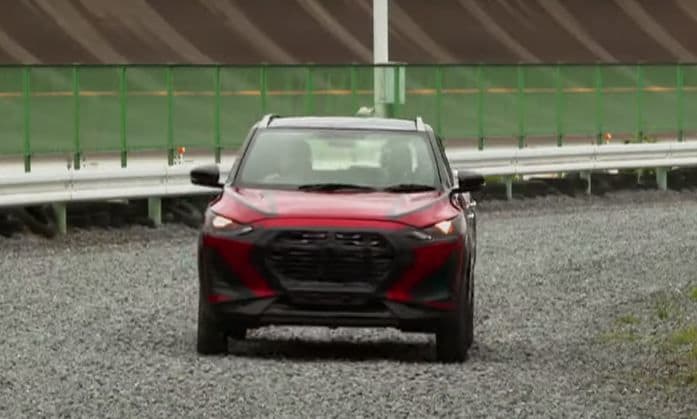 This video grab from a post on Youtube by Nissan India shows the test prototype version of Magnite.

Nissan Magnite features a crossover inspired stance which is highlighted with its tapering roofline towards the rear-end. Dual-tone colour options are a certain while teaser images and videos point to 17-inch alloy wheels. Nissan is claiming contemporary looks, spacious cabin and a high ground clearance will give Magnite the edge over rivals.

A a 1.0-litre, three-cylinder BS 6-compliant petrol engine could be made to do the core duties of getting the Magnite to make a move. This is the same one that does the rounds inside Triber. This engine in its naturally aspirated avatar churns out 71 bhp and 96 Nm of peak torque. There may also be a sportier turbocharged version delivering 99 bhp and 160 Nm of peak torque.

As previously mentioned, Magnite carries the weight of a whole lot of expectations at Nissan camp but the road ahead is challenging. While established players like Maruti Brezza and Hyundai Venue continue to sell in strong numbers, Kia Sonet has done brisk business in less than a month since its official launch in September. Toyota also launched Urban Cruiser in the same segment while Mahindra XUV300 is a viable option here as well.

Nissan has been stuttering the world over and has found the going tough, especially since Covid-19 outbreak took place. And yet, it is focusing on the Indian market like never before and hopes Magnite makes a strong mark here.