Nissan Magnite will be a direct rival to the already established players in the segment such as Maruti Vitara Brezza, Hyundai Venue and also the Kia's upcoming Sonet.Nissan Magnite will arrive in Indian in the second half of FY 2020-21.
By : HT Auto Desk
| Updated on: 04 Aug 2020, 01:03 PM 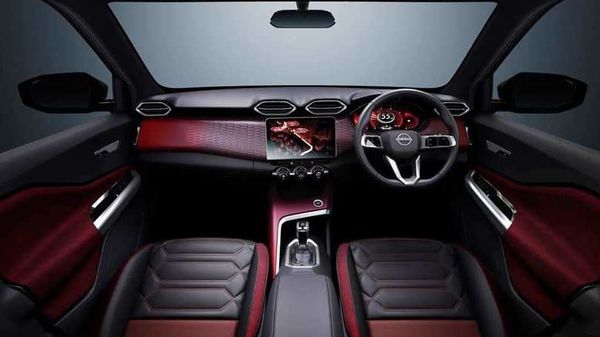 After making a world premiere in concept form on July 16, Nissan on Tuesday revealed the interiors of the Magnite concept on which the production-spec model will be based. The company is betting big on Magnite which is going to be a direct rival to the already established players in the segment such as Maruti Vitara Brezza, Hyundai Venue and also the Kia's upcoming Sonet.

As per the latest concept images, Magnite's interiors will carry over the body coloured theme on the inside. The cabin will come decorated in an intense black/red colour combo along with chrome touch-ups on door handles and steering wheel. There is a minimalist approach in terms of the overall design on the Magnite's cabin that has been executed rather impressively.

Taking the centre stage on the dashboard will be a floating style 8.0-inch touchscreen infotainment system which has been sandwiched between the air-con vents on the higher side and rotary styled dials for AC controls and other functions on the lower side. 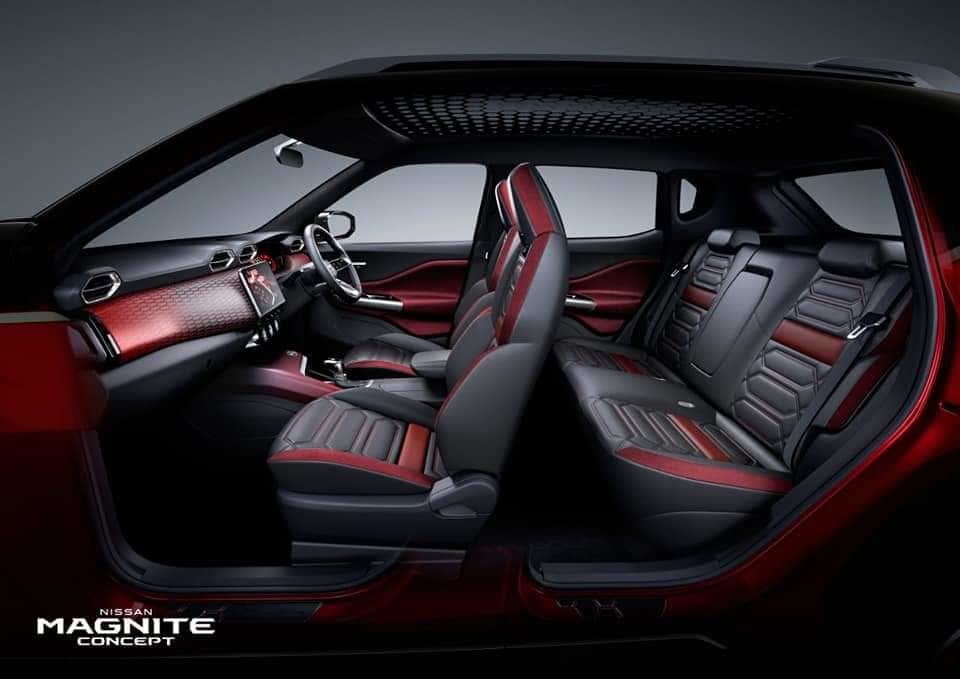 Nissan Magnite subcompact SUV will most likely arrive in India towards the end-2020, or early 2021.

Magnite will feature an all-digital virtual driver's screen which will be guarded by a multi-function flat-bottom steering wheel which looks compact. The seats will also feature contrast body colour stitching which lends it a sportier appeal. Some of the features already confirmed for the Magnite include a 360-degree camera and cruise control.

In terms of mechanicals, the Magnite will feature a 72 PS, 1.0-litre, three-cylinder, naturally aspirated engine and a 95 PS, 1.0-litre, three-cylinder turbo-petrol unit. The engine will come with manual gearboxes. There will also be an AMT auto option on the naturally aspirated engine and a CVT automatic option on the turbo-petrol unit.

The company has confirmed the Magnite launch in India for the second half of FY 2020-21. The subcompact SUV will most likely arrive towards the end-2020, or early 2021.

“The Nissan Magnite is an evolutionary leap in Nissan’s global SUV DNA. With cutting-edge technology onboard, it will be a game-changer in its segment," said Rakesh Srivastava, Managing Director, Nissan Motor India. "We are confident that Nissan Magnite will redefine the B-SUV segment for the industry."