The images leaked online not only gives a clear idea about the exterior of the new electric SUV, but also what the interior will look like.
By : Sabyasachi Dasgupta
| Updated on: 15 Jul 2020, 08:26 AM 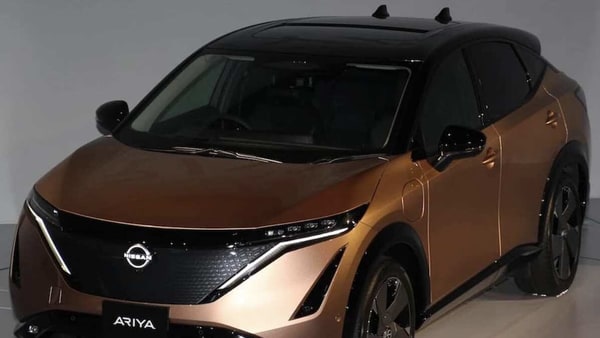 The much-anticipated Nissan Ariya electric SUV was supposed to break cover on July 16. But leaked images online has revealed the upcoming SUV fully, revealing almost every detail you need to know.

The images leaked online not only gives a clear idea about the exterior of the new electric SUV, but also what the interior will look like.

The leaked images confirm that the Nissan Ariya electric SUV will be almost identical to the prototype version that was showcased at the CES 2020 in Las Vegas last year. At the front, the SUV sports an aerodynamic look with an enclosed grille, slim headlights with LED strips with DRLs, vertical air intakes and a black lower frame to give this SUV a robust appearance.

Other features include a steep sloping windshield and roof, streamlined sides and large 'shoulders', as well as a pointed waistline and an aluminium roof frame.

At the rear of the SUV is a large spoiler, a lower diffuser and LED taillights that run across the width of the SUV.

The Ariya gets black treatment in the bumper, wheel arch edges, inserts at the sills, mirror caps and the roof.

Even the interior details have also made it into the list of leaked images of the Nissan Ariya electric SUV. The vehicle gets minimalist treatment with a two-spoke steering wheel and a small gear lever, as well as a wireless smartphone charger and two large touchscreens and controls integrated into the console, quite like a Mercedes setup. 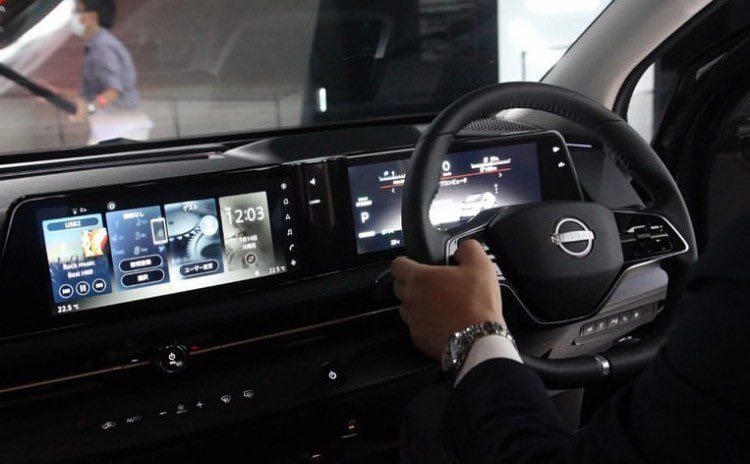 The touchscreens and controls inside the Ariya look quite like a Mercedes setup. (Photo courtesy: Twitter/@macheauto)

Little is known about the technical specifications. What we know is that the Ariya will be an all-wheel drive (AWD). It will make use of regenerative braking to conserve and resupply power. Ariya is likely to take on the likes of Tesla Model 3, features ProPilot 2.0 which would make it reasonably capable of driving itself. The Ariya is more of a crossover hatch which claims to have a range of around 300 miles (480 kms).

Among key things which are yet to be revealed are the power output and engine specifications.