Nexon EV is rumored to have a range of 300 kilometers on a single charge.Tata Motors is likely to bring Nexon EV to its dealerships between January and March.
By : HT Auto Desk
| Updated on: 03 Dec 2019, 04:55 PM 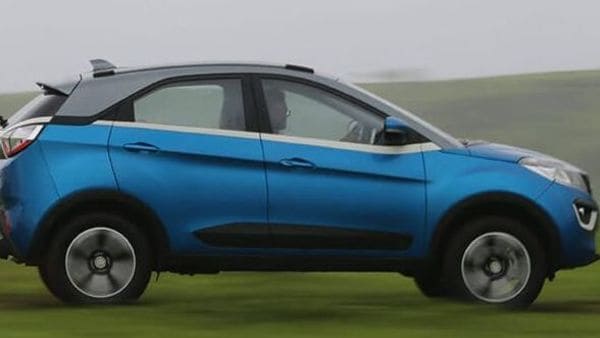 NEW DELHI : Hoping to take the electric vehicle segment by storm, Tata Motors is all set for the Nexon EV's world premier in Mumbai on December 17. The news assumes a lot of significance because the Nexon is a successful product from the company and its electric variant could be just the shot in the arm that clean mobility needs in India.

There has been a significant amount of buzz revolving around the Nexon EV with the company busy with both dropping teasers as well as testing the vehicle for use in Indian conditions. It is expected that the compact SUV will have a range of around 300 kilometers on a single charge.

The electric part, however, won't be the only change in the Nexon as it will likely get a refreshed front face, new alloys and minor changes on the rear.

Reports suggest that the Nexon EV will hit showrooms as early as between January and March, and may be priced at around ₹16 lakh.

Tata Motors is quite busy with launches and is also gearing up to bring in the Altroz hatchback as well as Gravitas - the seven-seater version of the Harrier. There are some hints, however, that the focus is also equally on electric mobility and the technology in use in the Nexon EV could also make way into the Altroz EV and Tigor EV in the times to come.

A firm grip in the EV category could be crucial with several manufacturers now seriously considering offering at least one of their products with this technology. Maruti Suzuki is reportedly readying WagonR which could see the light of day by the end of 2020. Mahindra is also rumoured to be developing an electric version of the XUV 300. And while Hyundai already offers Kona at around ₹23 lakh (ex showroom), MG Motor is launching ZS EV on December 5.