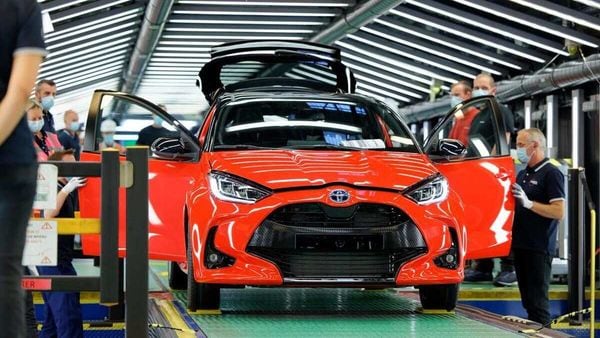 Toyota has begun production of the fourth generation Yaris compact cars in France.

With a few weeks behind the schedule initially planned, due to a health crisis, Toyota began production of its fourth generation Yaris compact car from July 6.

The new Yaris is being built in France, at the Onnaing plant near Valenciennes, where the model has been assembled since 2001.

Prices range from 17,250 to 25,450 euros (roughly between ₹14.60 lakh and 21.50 lakh). Initially planned for June, the commercial launch was finally postponed to September. The first deliveries are still planned for December 2020.

To be able to accommodate the Yaris 4 on its assembly lines, the site benefited from an investment of 300 million euros. "Two major extensions have been made," said Toyota. "One of 3,500 square metres for the Plastics workshop in order to accommodate new injection and painting lines, and thus internalise the production of new plastic parts. The second of 1,000 square metres concerns the Painting workshop which allowed the installation of new equipment to provide the customer with a 20-year anti-corrosion guarantee."

In 2021, the 4th generation Yaris will be joined in the North by the Yaris Cross , a brand new city SUV. For the latter, an additional 100 million euros will be injected into Onnaing and new permanent contracts will be created. Toyota plans to reach 3,600 CDI by the end of the year and 300,000 cars produced locally each year.

Luciano Biondo, President of Toyota Motor Manufacturing France, said “Start of production of the fourth generation Yaris marks the first step towards our goal of 300,000 units of annual production. With the all-new compact SUV, Yaris Cross that is due to be the second model on our production lines in mid-2021, we are on the way to achieve our ambition. Another 100-million euro of investment will support production of the Yaris Cross."