The old H badging will now have an overlapping EV written to identify the electric avatar of the new Hummer.
By : HT Auto Desk
| Updated on: 18 Aug 2020, 09:43 AM 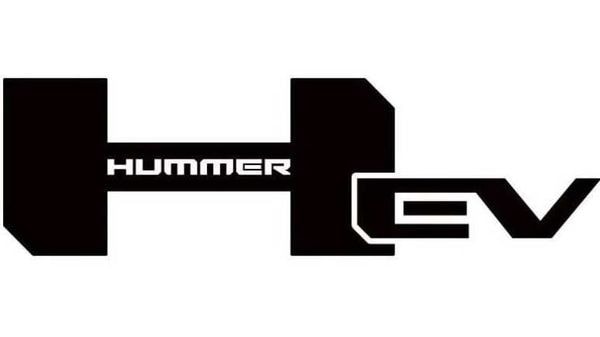 The logo, which has been filed for trademark application, was leaked on The Hummer Chat forum last week.

The design resembles the old Hummer badging which overlapped the letter H with numbers to indicate the model - like H1, H2 or H3. The number has now been replaced by the letters EV to indicate the electric avatar of the popular SUV.

The logo, which has been filed for trademark application, was leaked on The Hummer Chat forum last week.

In July, General Motors had announced that its all-electric super truck will debut later this fall and will begin production in fall 2021.

General Motors released a video teaser showing the profiles of two new Hummer models. Unlike the products of the past, the Hummer will return in electric avatar, built on a new BT1 platform. Though GM has not announced the official dates, yet, it is likely that the new Hummer electric pickup and SUV will be launched later this year.

The video reveals an SUV with an external spare tire and a pickup truck, which is said to be the Sport Utility Truck.

GM revealed that the two products will have 1,014 horsepower and a towing capacity of 5,216 kg. In addition, both will do zero to 96 kmph in 3 seconds. Using lithium batteries of the Ultium generation.

GM had previously stated that the Hummer EV will feature easily removable roof panels to provide a unique open-air experience. And it was clear from the Super Bowl commercial that the zero-emission vehicle will get a six-slat grille, similar to the H2 and H3, along with square LED headlamps.

The two models from GMC Hummer will have the option of retractable roof to leave the environment in the open air, as well as movable and integrated panels to the body. They will also have the new generation of the semi-autonomous driving system SuperCruise, as well as the SuperFast fast recharge.

General Motors Hummer electric SUV and pickup truck is likely to take on Jeep Wrangler and Ford Bronco as extreme off roader.