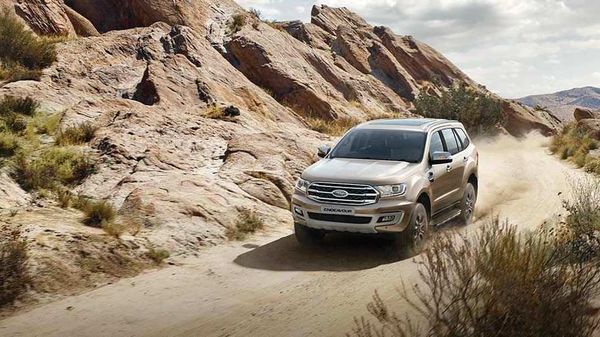 For the record, while most of the world markets only get the Ford Endeavour diesel, China is an exception where Ford sells the SUV with both diesel as well as petrol engines.

Previously, the SUV featured a 2.0-litre EcoBoost turbocharged petrol engine which is now replaced by a bigger, 2.3-litre EcoBoost turbocharged four-cylinder petrol powertrain. The latest 2.3-litre powerplant churns out 202 kW (275 PS) of power at 5,500 rpm and 455 Nm of torque comes at 2,500 rpm. It is offered with a standard 10-speed automatic transmission. It also gets an optional 4WD system.

The current third-gen Ford Endeavour will be replaced with a new model in the future. In fact, the next-gen SUV is already in the works and was even spied undergoing tests sometime back on the Chinese roads. Hence, China will be the first market to secure hands on the next-gen Endeavour. Expect the upcoming model to make an official public appearance by end-2021 or later.

In China, the Fortuner rival is sold under the JV of Changan Ford Motor and Jiangling Motors. The new 2.3-litre unit might not arrive in India anytime soon since the SUV was recently updated with a BS 6-spec 2.0-litre unit.

A rival to the Ford Endeavour, Toyota Fortuner on Thursday received a facelift in Thailand. The new model got several cosmetic, feature as well as mechanical updates. (More details here)