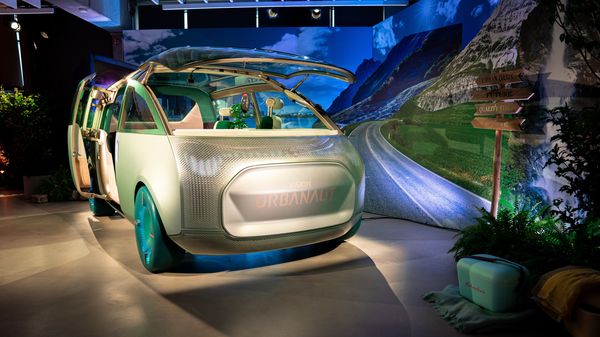 British luxury car marque Mini is planning to give its future cars a major design overhaul. The car brand is aiming to become a sustainable carmaker and at the same time, it is also targeting to make itself a more premium carmaker.

A report by Autocar UK claims that Mini has nearly finalised designs of its next-generation cars that will come combining both petrol engines and electric powertrains.

The smaller and bigger Mini models will come with the same strategy, claims the report. Mini's design chief Oliver Heilmer said that the iconic design of the British car brand's models will receive a more radical styling.

The recently unveiled Urbanaut concept can be taken as a clue to the future design. he also said that the future design will come with a core Mini styling theme and introduce new colours and fabrics.

Interestingly, ditching leather usage and using recycled materials are both steps to minimise the impact on the environment by reducing the CO2 footprint. Mini is not the only car brand that has taken such a step. Previously, Swedish luxury car brand Volvo too announced a similar move in its bid to become an environment-friendly car manufacturer.

Mini is currently working on a host of new cars. These include an all-electric crossover, which is being developed in association with Mini's joint venture partner Great Wall Motors. Apart from that, the carmaker is also working on next-generation Countryman, which will get both petrol and electric powertrain options.

A small all-electric MPV is also on the card from the British company. This could be named Traveller. Also, the carmaker is planning to produce the real-life version of Urbanaut concept. However, this would hit production only later this decade.