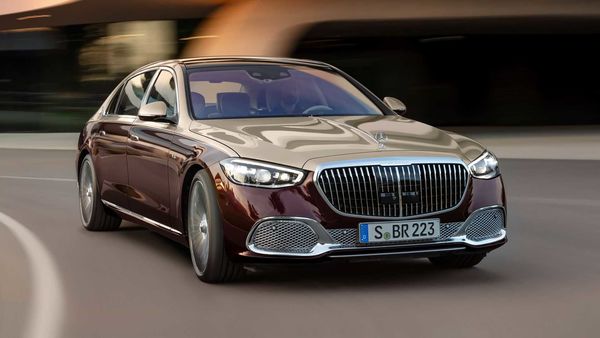 A major upgrade for the S680 is the twin-turbocharged 6.0-litre V12 engine that churns out 621 hp of power output and a massive 1,000 Nm of maximum torque. (Image: Mercedes)

Visually, the Mercedes-Maybach S680 S-Class gets subtle changes as compared to the standard Maybach S-Class. The sedan proudly adorns V12 badges at the front fenders and there is an S680 badge on the trunk lid. Surprisingly, this model designation has been used earlier as the Maybach S650 was sold in China with the S680 badge following the previous generation's facelift in 2017.

The extra-long sedan adopts the same stylish dual-tone paint scheme and an abundance of chrome trims as the V8 model unveiled in November 2020. It runs on elegant multi-spoke wheels.

Mercedes is yet to reveal further details of the car such as the weight and fuel efficiency. However, buyers who would opt for such a luxurious car, are less likely to be bothered about those details. They would rather be interested in the price, which has not been officially revealed yet.

What is interesting about this sedan is that despite being such an epitome of luxury mobility, the car has made a quiet appearance on Daimler's website.

A major upgrade for the S680 is obviously the twin-turbocharged 6.0-litre V12 engine that churns out 621 hp of power output and a massive 1,000 Nm of maximum torque. The mill is a straight carryover from the previous-generation Maybach S650, but the power and torque output are higher. The sizable luxury sedan is capable of accelerating to 100 kmph from standstill in 4.4 seconds, at an electronically limited top speed of 209 kmph.

Power generated by the V12 engine clubbed with a 9-speed automatic transmission, is routed to all the four wheels through Mercedes’ 4Matic all-wheel-drive system. As the automaker claims, 69% of the power goes to the rear wheels with the remaining dished to the front.