Meet The Beast: What makes Donald Trump’s limousine the safest car in the world

The Beast is the US President's official limousine that is drives him around the world. Photo courtesy: Twitter/@SecretService

US President Donald Trump and First Lady Melania will be driven around in India in his 'Beast', a 2018 model of a unique Cadillac. The presidential state car, maintained by the United States Secret Service, is transported in the hold of Air Force One. It is considered as the safest car across the world.

In a nutshell: It's not a car. It's a tank! Here is a look at some of the eye-popping safety features of the car.

The body of The Beast is covered in military grade armour at least five inches thick. Combination of dual hardness steel, aluminium, titanium and ceramic to break up projectiles. 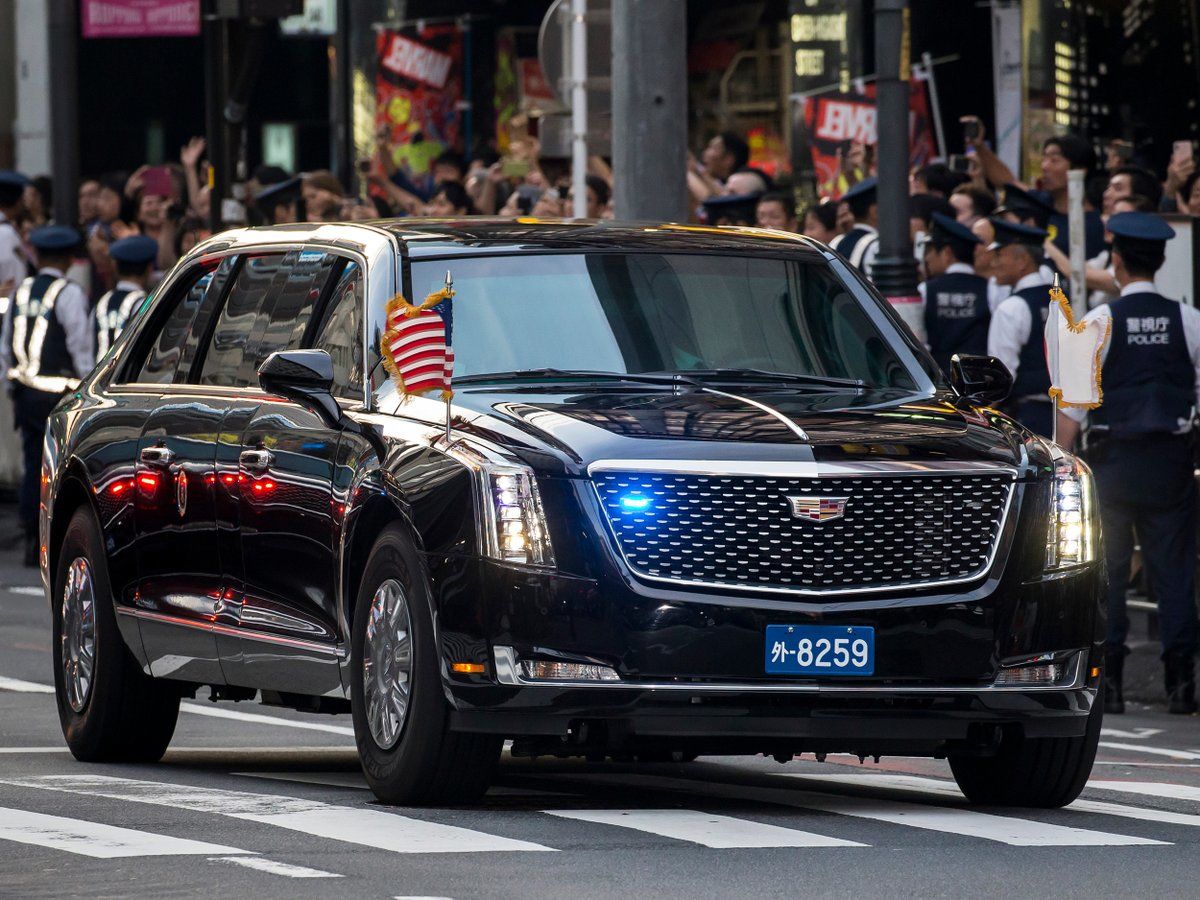 The doors of The Beast are armoured-plated, 8 inches thick and the weight of a cabin door of a Boeing 757 jet. When closed they form a 100% seal to protect the occupants in the event of even a chemical attack. They can also be electrified to prevent intruders.

The windows of The Beast have five layers of glass and polycarbonate. They can withstand armour-piercing bullets. None but the driver’s window can open, that too by only 3 inches.

(Also read: From horse carriages to The Beast - How US President’s motorcade evolved)

The chasis of The Beast has reinforced steel plates to protect the vehicle from bomb attacks.

The Kevlar-reinforced tyres are shred and puncture resistant with steel rims underneath. This enables the car to run even in case the tyres are destroyed. 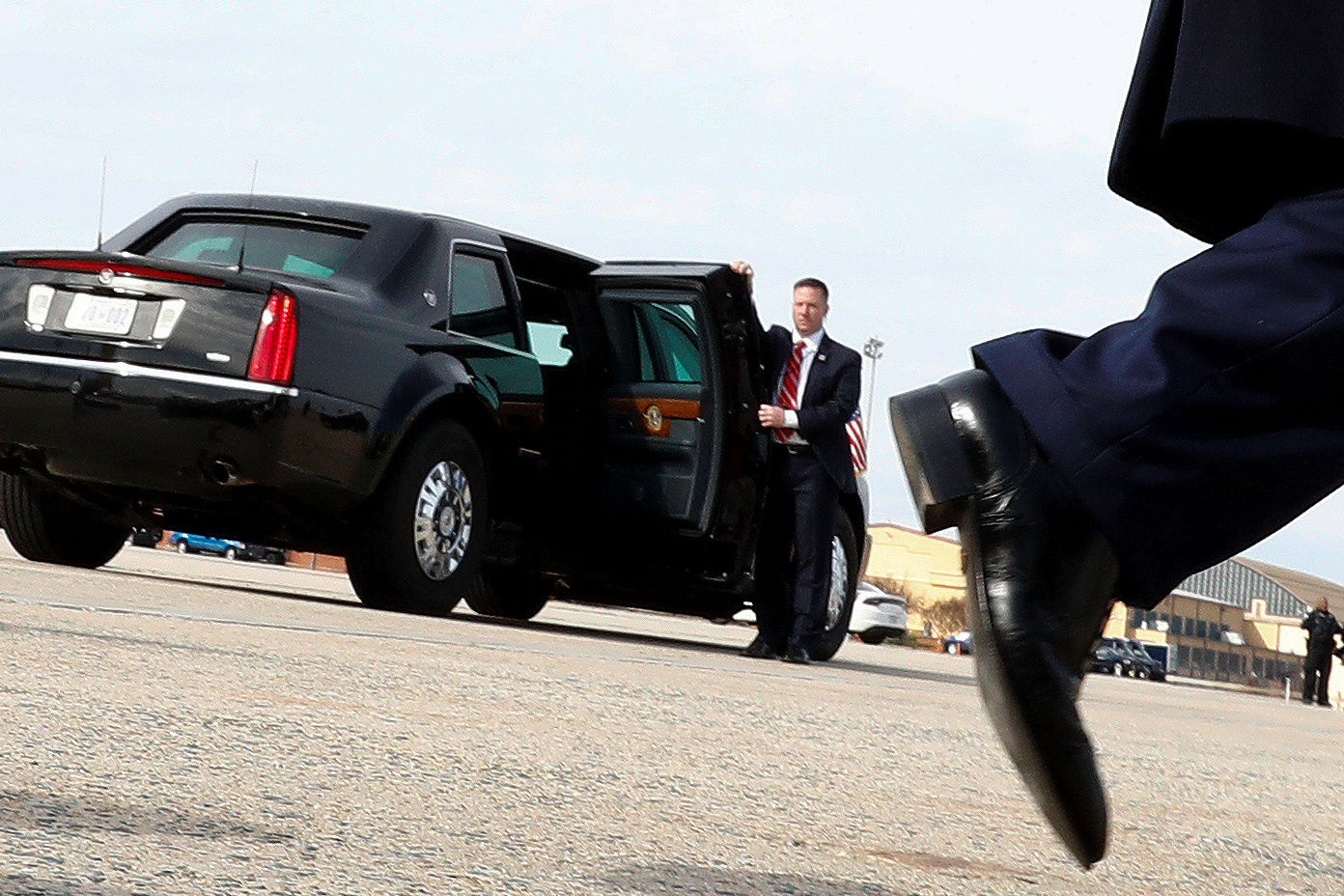 The interior of The Beast houses a number of self defence features, including one that can escape chemical attacks. (REUTERS)

The rear compartment of The Beast seats the President and up to four passengers with glass partition. Only the President has access to a switch to lower it. The car also has a panic button as well as its own oxygen supply.

The President’s seat at the rear has a satellite phone with a direct line to the Vice President and the Pentagon.

The fuel tank is armoured-plated and filled with a special foam that prevents it from exploding even after being involved in a crash.

The boot part of the vehicle has firefighting system, tear gas and smoke-screen dispensers. 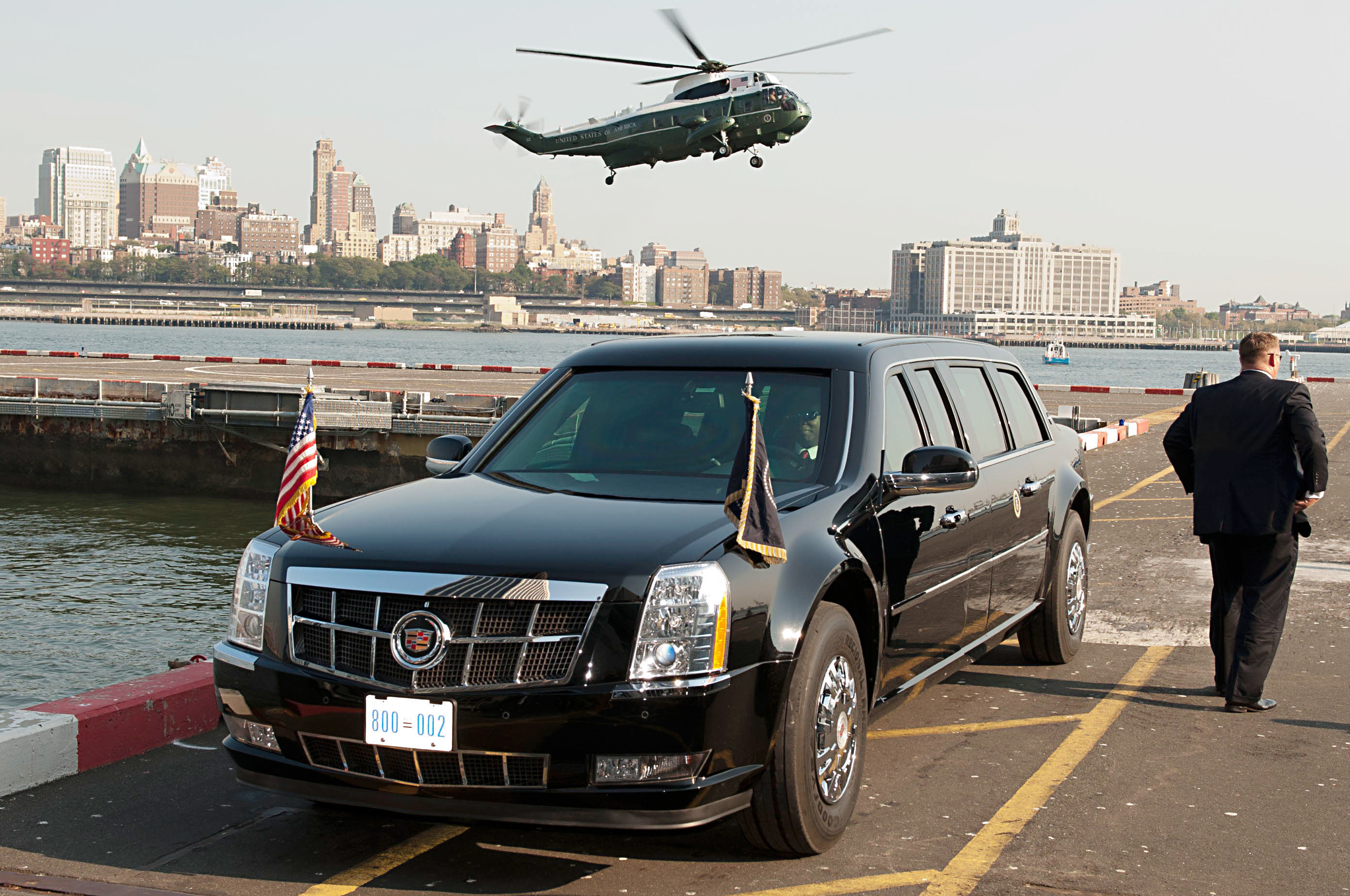 ﻿The car is armed with pump-action shotguns and tear gas cannons. Bags of the President’s blood type is kept on board in case he needs transfusion. The driver’s compartment has a communications centre and a GPS tracking system. At the front, under the grille is a hidden camera with night-vision facility. The chauffeur who drives The Beast is specially trained by the US Secret Service to cope with the most demanding of driving conditions, including escape and evasion and a 180-degree ‘J-turn’. It can also lay down oil slick to prevent vehicles from chasing it.