Last year in March, the MSI board had approved allowing production of Vitara Brezza at Toyota's Bidadi plant starting 2022.However, work has been suspended at the plant recently due to unrest among the workers.
By : PTI
| Updated on: 03 Dec 2020, 14:25 PM 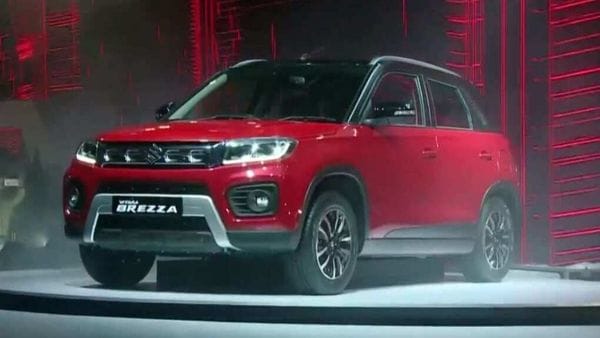 Maruti Suzuki India (MSI) on Thursday said it will not get its compact SUV Vitara Brezza manufactured at Toyota Kirloskar Motor's manufacturing plant in Karnataka as was decided earlier.

The country's largest carmaker said it will allot some other model, in place of Vitara Brezza, to be manufactured at the Toyota Kirloskar Motor (TKM) plant.

It however did not disclose the name of the model which it will now get manufactured at the TKM plant where work is temporarily suspended these days due to an issue between the worker union and the management.

"The Board has, today, approved to change the model to be manufactured at TKM from Vitara Brezza to another model," MSI said in a regulatory filing.

Last year in March, the MSI board had approved allowing production of Vitara Brezza at TKM's Bidadi plant starting 2022.

Already, as per a global collaboration between Toyota and Suzuki, MSI sells Vitara Brezza to TKM which after making certain design changes sells the model as Urban Cruiser in the domestic market.

TKM also gets MSI's premium hatchback Baleno under the same arrangement and sells it as Glanza in the market.

In March 2018, in continuation of their partnership discussions that kicked off in 2017, Suzuki agreed to supply premium hatchback Baleno and compact SUV Vitara Brezza to Toyota, while Toyota in return decided to supply its Corolla sedan to Suzuki.

Later, the two companies agreed to expand the scope of their collaboration and discuss new joint projects in the fields of technological development, vehicle production, and market development.

Under the agreement, TKM would manufacture models developed by Suzuki for sale in India through their respective brand networks.

Moreover, the two firms decided to look at cooperation in exports of models developed by Suzuki, including those produced by TKM -- the Indian arm of Toyota-- from India to Africa and other markets through their global sales networks.