Home Auto Cars News Maruti Swift Plays In A League Of Its Own, Hits Sales Milestone Of 25 Lakh Units

Maruti Swift plays in a league of its own, hits sales milestone of 25 lakh units

First launched in India in 2005, Maruti Suzuki Swift has been topping sales charts consistently.Maruti Swift is a common sight on Indian roads but its timely updates continue to help it have a dominant place in the premium hatchback segment.
By : HT Auto Desk
| Updated on: 14 Sep 2021, 11:03 AM 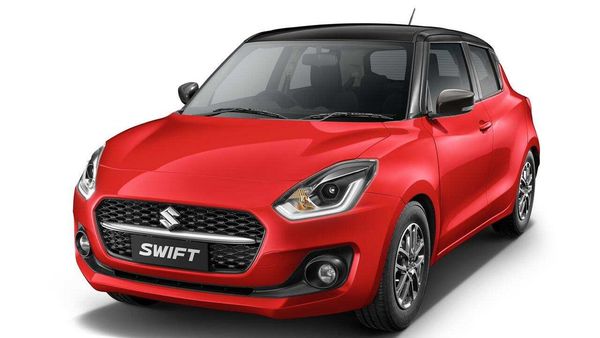 Maruti Suzuki Swift has been a power player ever since it was first launched in India back in 2005. The Swift has been an incredible success story for Maruti here and the company on Tuesday announced that the car had hit a cumulative sales milestone of 25 lakh units.

Swift has repeatedly topped sales charts in the Indian passenger vehicle segment and was the most-selling vehicle in 2020-21. The sporty hatchback has come a long way since its India debut and the timely updates in terms of styling, cabin features and even upgrades under the hood have helped it maintain its position of strength despite the influx of newer rivals as well as a general preference towards SUV body type in India.

Maruti continues to bet big on Swift, among its other offerings, and the sales figures showcase just why. “Every generation of Maruti Suzuki Swift has been India’s favorite and has won hearts of over 2.5 million Swift lovers," said Shashank Srivastava, Executive Director (Marketing and Sales), Maruti Suzuki India Limited. “The sporty Swift has created a glorious legacy with its scintillating looks and power packed performance."

Swift, the only car to have won the Indian Car of The Year award thrice, is powered by a 1.2-litre Dual Jet VVT engine. Transmission duties are handled by a manual as well as an Auto Gear shift transmission. In the former, the claimed mileage figure is at 23.20 kmpl while the car goes 23.76 kms per litre of fuel with the AGS option.

The latest Swift was launched in February of this year at a starting price of ₹5.73 lakh (ex showroom) but prices have since gone up owing to a number of factors. The car competes against the likes of Tata Altroz, Hyundai Grandi10 Nios, Volkswagen Polo and may even face some heat from affordable sub-compact SUVs like Nissan Magnite and Renault Kiger.