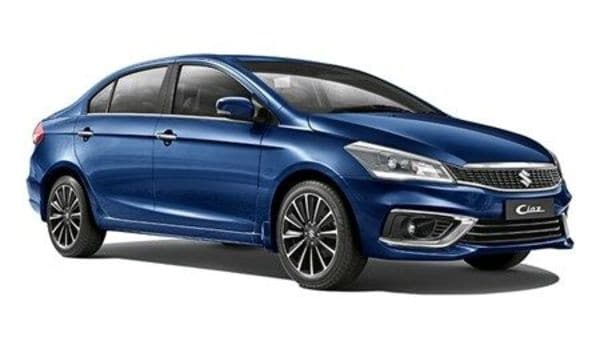 Maruti Suzuki's premium sedan Ciaz has hit a major sales landmark today. India's biggest carmaker has confirmed that the Ciaz has been sold to 300,000 customers so far, making it the fastest in the mid-size sedan segment at a time when sedan sales are going down in India.

The Ciaz was first launched in India back in 2014. The price of BS 6 compliant Ciaz starts at ₹8.60 lakh and goes up to ₹11.59 lakh for the Alpha 1.5-litre petrol automatic variant. Ciaz competes in the mid-size sedan segment with the likes of Honda City and Hyundai Verna.

The new generation Maruti Ciaz, which received a facelift in 2018, gets a striking front grille, sleek bumper and LED Projector Headlamps with DRLs. There are several chrome garnish as well, and can be seen all around the sedan like the steering wheel, inside door handles, AC louvres knob, and parking brake lever.

On the inside, Ciaz comes with a 4.2 inch TFT Multi-Information Display (MID). There is rear AC vents as standard for passengers. Both the front seats and rear seats get centre armrest. The front seat armrest has a storage space under it while the rear seat armrest gets cup holders.

Ciaz is also offered with keyless entry, cruise control, electrically adjustable ORVMs and other features. As far as safety is concerned, the Ciaz gets dual front airbags, ABS with EBD, speed alert system and seatbelt reminder for driver and passenger.

Maruti Suzuki Ciaz is powered by a 1.5 litre petrol engine with Smart Hybrid technology. It can generate 103 bhp of power and 138Nm of peak torque. The engine comes mated to either a five-speed manual or four-speed automatic torque converter gearbox.