The five-door Maruti Suzuki Jimny will be 300 mm longer than its three-door counterpart. Image Credits: volkman10/TBHP

Maruti Suzuki is planning to introduce the much-anticipated Jimny SUV in the country for quite some time now. Previously, India's largest automaker also started exporting the three-door iteration of the model to the markets outside India. Moreover, spy images of five-door Jimny took the market by storm in the recent past hinting at the seriousness around the car from the Indian market perspective.

Now some key technical specifications of the India-spec five-door model have leaked online ahead of the car's introduction in the market. And here's what the documents reveal: 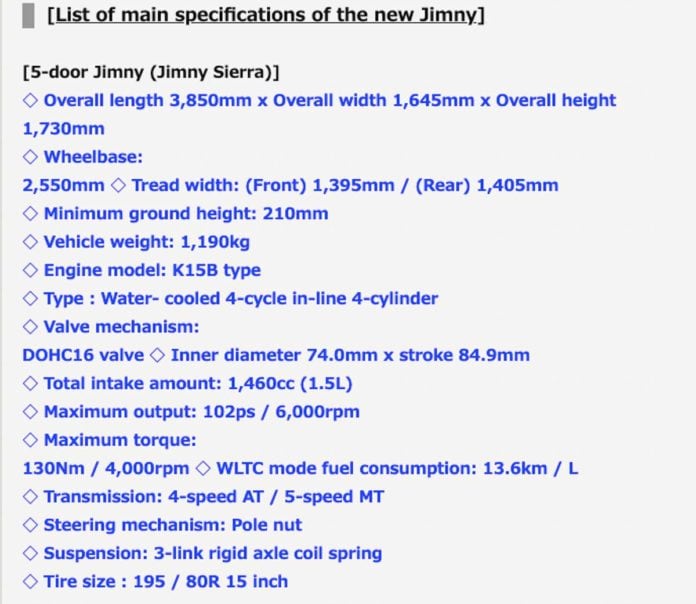 As per the leaked document, the off-roader is going to source power from a 1.5-litre, four-cylinder K15B petrol engine that has been rated to churn out 101bhp of maximum power at 6,000 rpm and 130 Nm of torque at 4,000 rpm. For the transmission duties, the SUV is going to use a five-speed manual or a four-speed automatic option. Also, the document mentions that Jimny's fuel economy is going to stand at 13.6 km/litre. Also worth noting that there is no mention of the AWD or 4x4 option on the list.