Maruti Suzuki bets on SUVs to stay in the lead 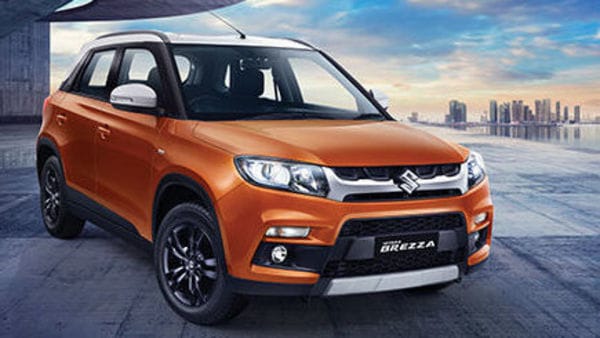 Maruti Suzuki India Ltd is working on a long-term blueprint under which it will significantly increase its offerings in the sport-utility vehicle (SUV) segment, as part of its strategy to protect its dominance of India’s car market.

This would include introduction of new products and the redesign of some of its hatchbacks on the lines of an SUV, according to three people aware of the company’s product plans.

The change in market tactics comes in the wake of utility vehicles showing robust sales growth in an otherwise subdued market. The growing preference for SUVs means Maruti will revamp its product portfolio to feature several products in the segment at different price points over two to three years, according to the people mentioned above.

The development is significant as other existing or new carmakers are focusing on SUVs to grow their market share in India.

The Delhi-based vehicle maker plans to bring the Jimny, a compact SUV, to India. It is also likely to bring back the Grand Vitara, popular in eastern European markets such as Hungary, in the mid-size SUV sub-segment to compete with Hyundai’s Creta and Kia’s Seltos. This model is likely to be manufactured in Toyota’s second plant in Bengaluru.

The company also aims to revamp the design of the Ignis hatchback on the lines of a mini-SUV. Ignis, currently sold through the premium Nexa showrooms, is due for an overhaul in the next few years.

However, a Maruti Suzuki spokesperson said: “We don’t give guidance on future products or strategies."

The automaker’s efforts to attract customers with its SUVs will start in around a year, said one of the people cited above. The SUV line-up might start from Ignis, he said. “Most of these products are expected to be introduced by 2023," said the person, requesting not to be named.

The Grand Vitara’s roll-out “will help the company fill a huge gap in its product portfolio", said another of the three people mentioned above, also on condition of anonymity.

The Jimny will be placed below the Brezza and the company has started preparations to bring the vehicle in India, said the person.

Maruti took the crown of the largest manufacturer of SUVs from Mahindra and Mahindra Ltd (M&M), after the 2015 launch of its first compact SUV, Vitara Brezza.

However, Maruti’s dominance in the segment has reduced with competitors such as Hyundai Motor India Ltd, M&M, MG Motor India Pvt. Ltd, and Kia Motors India Ltd launching new products over the past few months. In April-December, Maruti’s volumes in the segment declined by 5.1 % year-on-year, while its market share during the period declined to 25.4% from 28.4% year-on-year.