Home Auto Cars News Maruti Suzuki Baleno Timeline: From 2015 To 2022, Hatchback Powers On And Ahead

Maruti Suzuki Baleno timeline: From 2015 to 2022, hatchback powers on and ahead

Maruti Suzuki Baleno was first launched in India in 2015 and has remained one of the best-selling passenger vehicles in the country ever since.
By : HT Auto Desk
| Updated on: 08 Feb 2022, 12:31 PM 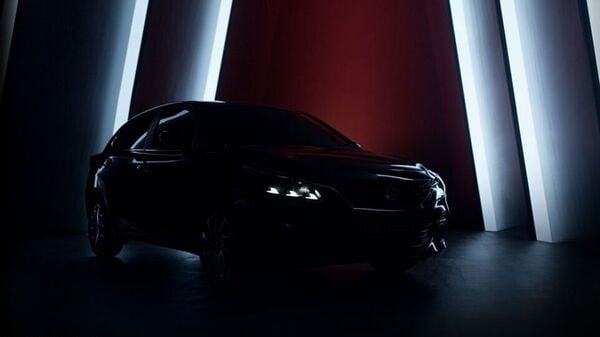 The 2022 Maruti Suzuki Baleno is all set for an official launch in the weeks to come and is promising a slew of big updates that could help it continue with its India success story, one that began back in 2015. And although SUVs of various shapes, sizes and at varying price points have since emerged, the Baleno has remained a power player in terms of sheer sales volumes. Sold under the Nexa premium sales channel, Baleno surpassed the milestone of 10 lakh in cumulative sales late last year. And with the upgraded Baleno promising big, the numbers could potentially climb still higher.

Baleno was launched in the country in October of 2015. In the past six years, it has become the fastest-selling hatchbacks and one of the highest-selling passenger vehicles consistently. By November of 2015, Baleno touched the five lakh sales milestone and despite various challenges in the Indian and global automotive market - semiconductor chip shortage, rising input costs and the pandemic to name a few, doubled the figure by November of 2021.

Maruti Suzuki has successfully managed to project Baleno as a stylish car which is aimed at a younger car buying audience. Minor but timely updates have kept it fighting fit against not just its direct rivals but also against newer players in different segments but at similar price points. At present, Baleno is sold through around 400 Nexa dealerships in 248 cities in the country.

The Baleno at present is powered by a 1.2-litre petrol engine and a mild-hybrid petrol engine. Transmission options include a five-speed manual and a CVT gearbox.

But all eyes though now are on the 2022 Baleno which, apart from visual updates, is all set to pack in a plethora of features inside the cabin. Maruti, while confirming that bookings for the new Baleno are open, confirmed that the car will also get a segment-first Head Up Display which will show information related to speed, climate control and a few other details.

Teaser images leaked online in the past few weeks also reveal a full LED headlight unit, reworked front bumper and an updated front grille. It is expected that the car will also get new alloys, an integrated rear spoiler and a redesigned rear bumper. Under the hood though, no change is expected.

Maruti Suzuki Baleno competes against the likes of Tata Altroz, Hyundai i20, Volkswagen Polo and Honda Jazz. From a pricing standpoint, all of these hatchbacks also compete against Nisan Magnite and Renault Kiger sub-compact SUVs.