Many Nissan cars in UK may be fitted with emission-cheating devices: Report

A law firm called Harcus Parker in the UK has claimed it has documents which show that petrol cars from Nissan may have been fitted with emission-cheating devices.Nissan UK has denied the allegations.
By : HT Auto Desk
| Updated on: 23 Jun 2020, 02:14 PM 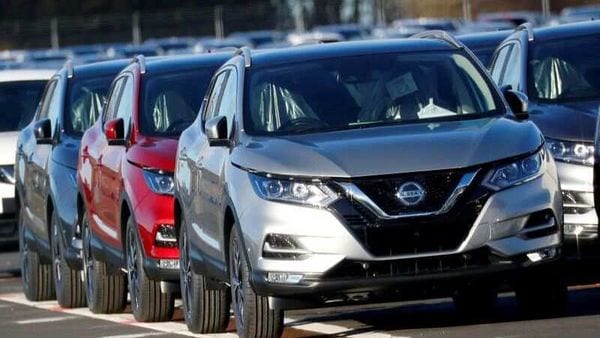 File photo of Qashqai cars which are manufactured by in UK by Nissan at its plant in Sunderland.

Nissan has been wading through muddy waters over the course of the past several months, a problem that has been exacerbated by Covid-19-related consequences which have sent sales plummeting and revenue books in disarray. What could now come as yet another jolt to the company are claims made by a law firm in the UK that suspects many of the vehicles sold by the company in the country may have come fitted with emission-cheating devices.

According to UK's Daily Mail, law firm Harcus Parker has alleged that around 1.3 million diesel cars may have been fitting with the cheating device. Based on documents obtained, the firm further alleges that 100,000 petrol Qashqais from Nissan may have been fitted with these devices. "For the first time, we have seen evidence that car manufacturers may be cheating emissions tests of petrol, as well as diesel vehicles," Damon Parker, a partner at the firm, was quoted as saying. "We have written to Renault and Nissan to seek an explanation for these extraordinary results, but the data suggests to me that these vehicles, much like some VWs and Mercedes cars, know when they are being tested and are on their best behaviour then and only then."

The scandal pertaining to such cheating devices first hit the scene in 2015 when Volkswagen was accused of it back in 2015. In May of 2020, a German Federal Court of Justice in Karlsruhe has asked Volkswagen to compensate the owner of one of its vehicles affected by the diesel scandal. The scandal has put the focus on not just Volkswagen but other manufacturers too who may have made use of cheating devices to mis-report emission standards.

Nissan, however, has denied the allegations made by Harcus Parker. In the same report mentioned above, a spokesperson is quoted as saying that the car maker 'has not and does not' emission-cheating devices.