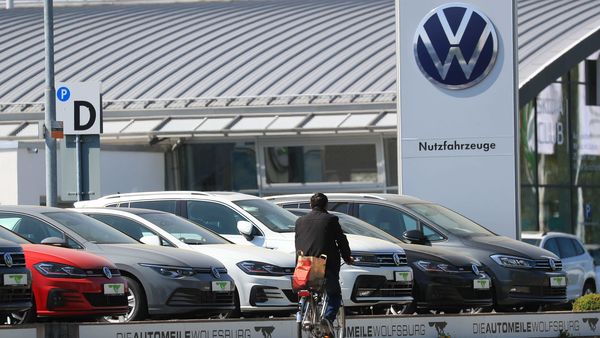 A German Federal Court has asked Volkswagen to compensate the owner of one of its vehicles affected by the diesel scandal.

In a groundbreaking ruling, the German Federal Court of Justice in Karlsruhe has asked German carmaker Volkswagen to compensate the owner of one of its vehicles affected by the diesel scandal. This paves the way for thousands more lawsuits against the one of the biggest carmaker.

The court ruled on Monday that Volkswagen has to pay compensation to motorists who purchased vehicles with manipulated diesel engines, a major blow for the carmaker in its home market as it continues to reel from the emissions scandal.

Monday's hearing specifically concerns the case of a 65-year-old Herbert Gilbert who bought a diesel-powered Volkswagen Sharan minivan in 2014. It was one of the 11 million cars fitted with the faulty engines by Volkswagen. The vehicle, which cost 31,500 euros, was equipped with an EA 189 diesel engine, the type of engine at the heart of the scandal.

The scandal surrounding illegal exhaust technology in millions of Volkswagen vehicles was exposed in autumn 2015. At that time it became clear that the nitrogen oxide emissions of the EA189 engine type were much higher than tests on the test bench showed. The software was responsible for activating full exhaust gas purification only on the test bench.

Both sides had appealed against the Koblenz judgment. The plaintiff had paid just under 31,500 euros for the car in 2014 and wanted the full price back. Volkswagen didn't want to pay anything. The carmaker had always argued that the cars were fully usable at all times.

According to Volkswagen, around 60,000 cases are still pending. The court judgment today is likely to pave way to resolve several of these pending cases.