It was one of the biggest legal hangovers from Vokswagen's 2015 admission to fitting 11 million vehicles with software to make the engines appear less polluting in regulatory tests than in real driving conditions.
By : AFP
| Updated on: 29 Feb 2020, 09:06 AM 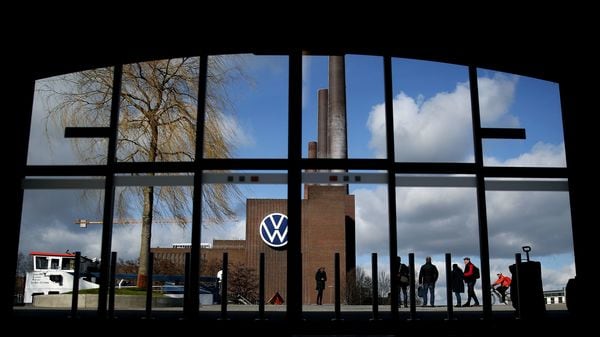 "We and the Federation of German Consumer Organisations (VZBV) have achieved a fair and verifiable settlement solution," VW board member Hiltrud Werner said.

The deal fends off a first-of-its-kind collective lawsuit brought by 400,000 diesel car drivers.

It was one of the biggest legal hangovers from VW's 2015 admission to fitting 11 million vehicles with software to make the engines appear less polluting in regulatory tests than in real driving conditions.

Under the terms of Friday's deal, VW will pay out a total "estimated at up to 830 million euros," ($916.3 million) the VZBV said in a statement.

Car owners will be compensated with between 1,350 and 6,257 euros, depending on the age and model of their vehicle.

The total volume of the settlement and the per-car amounts match those hammered out between VW and VZBV in talks that ended in acrimony and a dispute over legal costs earlier this month.

Now VW has agreed to pay up to 190 euros per plaintiff for legal advice, while independent auditors will check up on the payout process.

After talks broke down, VW had offered to pay out to drivers independently of a deal.

Instead, the agreement means "customers don't have to blindly trust the company they have already been defrauded by once," VZBV chief Klaus Mueller told reporters in Berlin.

Aside from the 400,000 diesel owners in the VZBV's grouped proceeding, around 70,000 individuals have open claims against VW.

In May, one individual's case will be heard at Germany's top administrative court, a ruling which could have influenced the outcome of the settlement talks -- making a swift settlement "important for Volkswagen," the VZBV said.

Plaintiffs whose case was included in the mass suit have the choice either to accept the settlement by April, or to file an individual suit by October.

Some lawyers urged car owners to reject the deal.

So far the fallout from diesel cheating has cost VW more than 30 billion euros worldwide in legal costs, fines and compensation, most of it in the United States.

While American diesel buyers enjoyed generous buy-back and compensation schemes, German drivers had so far gone uncompensated for the impact of the scandal, which has since spread to other carmakers.

And beyond compensation, VW appears to have fared comparatively well with respect to German fines.

The Wolfsburg-based group and subsidiaries Audi and Porsche paid a total of 2.3 billion euros in fines in the group's home country.

In addition to actual owners of VW cars manipulated in "dieselgate," investors are also pursuing VW for billions, hoping to recoup financial losses they suffered when the group's shares plunged after the scandal broke.

Porsche confirmed media reports Friday that prosecutors had last week raided the offices and homes of its engineers over the VW subsidiary's role in dieselgate.

While the parent group has long since returned to profitability, it is investing massively in electric mobility and automated driving in an attempt to catch up with foreign competitors like Tesla.

In the coming years, VW, its subsidiaries and other German carmakers plan a slew of electric models to polish their green credentials and avoid falling foul of harsh EU fines for excessive greenhouse emissions.