Mahindra XUV700 receives two new variants: Know when can you book it

Mahindra XUV700 A7 Luxury comes available in both manual and automatic gearbox options, clubbed with a diesel engine.
By : HT Auto Desk
| Updated on: 05 Oct 2021, 05:38 PM 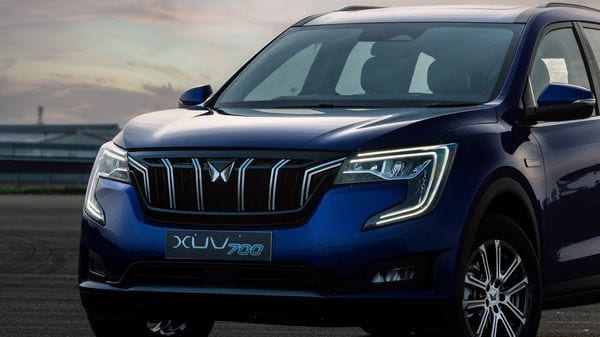 Mahindra on Tuesday has announced the introduction of two new variants of the XUV700 SUV that was launched a few weeks back. The new variants come in form of A7 Luxury trim options with a manual gearbox and automatic transmission clubbed with AWD.

The car comes with some segment-leading features such as smart door handles. Instead of conventional door handles, the XUV700 gets body integrated handlebars.

Inside the cabin, it gets much-touted AdrenoX which allows the vehicle to have cutting-edge tech0-based features like support for Amazon Alexa as well as a 3D immersive sound system.

The XUV700 was launched in four variants - MX, AX3, AX5 and AX7. The vehicle comes available in both petrol and diesel engine options, five and seven-seat layouts. Transmission options for the SUV include both manual and automatic gearbox choices.

Mahindra XUV700 test drives have commenced across various cities from October 2, 2021. The second phase will begin in select cities such as Jaipur, Surat, Patna, Cochin, Cuttack, Kanpur, Calicut, Nashik from October 7. The SUV will be available for test drives in other cities across the country phase by phase, starting from October 10.