Mahindra XUV700 pros and cons: Worth the wait?

Mahindra XUV700 is offered in petrol and diesel engine options, with automatic and manual transmission, and in five and seven-seat layout.A strong road presence and a well-appointed cabin help XUV700 make a case for itself. But there's a significant waiting period as well.
By : Shubhodeep Chakravarty
| Updated on: 31 Jan 2022, 09:56 AM 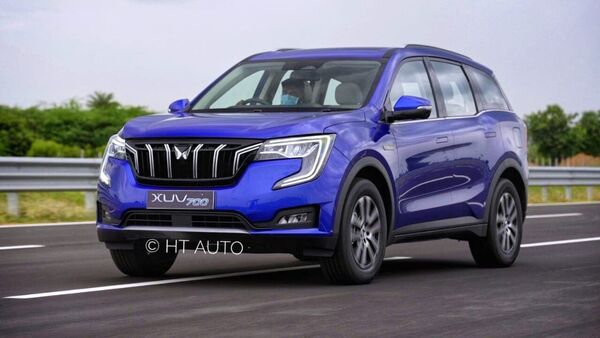 Mahindra XUV700 manages to mix best of all worlds in a rather compelling package.

Mahindra XUV700 was one of the most eagerly-awaited car launches of 2021. After numerous spy shots of the vehicle emerging online in the run-up to its official launch on August 15, the XUV700 from Mahindra has managed to fly off shelves and has largely opened to a positive response in these past few months. But while Mahindra says it has received almost one lakh booking orders, many continue to stare at a significantly high waiting period to drive this model home.

The XUV700 is definitely a culmination of an ambitious thrust into the SUV space by Mahindra. The Indian automotive company was always acclaimed for its SUV lineup - the new Thar launched in 2020 or the XUV300 or the rugged Bolero that is now more stylish as the Bolero Neo or even the erstwhile XUV 500, big has been better and bold for the company. But what the XUV700 has brought to the fore for Mahindra is finesse, style, features and luxury in a typically brawny package.

The hype around the Mahindra XUV700 then isn't unwarranted but even then, is it the SUV to yearn for in a market flooded with SUVs of all shapes, sizes and at varying price points?

Here are the pros and cons of the Mahindra XUV700 you need to consider:

Gone are the days when Mahindra vehicles were boxy and rather proletarian in exterior design. The new Thar, the updated Bolero Neo and the XUV700 in particular are shining examples of how the designers at Mahindra camp are appearing determined to make ‘world-class’ products look world class.

The XUV700 is perhaps the best show of design intent, complete with its C-shaped DRLs, LED headlights, LED tail lights and large road presence. In terms of dimensions, it is slightly longer and with a marginally higher wheelbase than that of the XUV500. But in terms of sheer road presence, the XUV700 is not just more dominant than the XUV500 but also so when compared to most rivals in the mid-size SUV space.

Step inside the XUV700 and it is hard to imagine that this here is a Mahindra. Loaded to the absolute brim with features such as a 10.25-inch infotainment and 10.25-inch instrument cluster, AndrenoX system with Amazon Alexa and support for Apple CarPlay and wireless Android Auto, air purification system, 12-speaker audio system with Sony 3D sound, panoramic sunroof, electrically-adjustable driver seat with memory function - this SUV is not laced with features, it is crammed with these.

But move beyond the features - most of which are on the higher and costlier variants, the layout of the cabin is also quite nicely done. Leather or fabric seats - depending on the variant, large windows, high seating position - all go on to deliver on the ‘SUV' promise.

While Mahindra is looking at rivaling the Korean brands in terms of features, it is also following the same line of not ditching diesel for petrol, or vice-versa. The XUV700 is powered by a 2.0-litre turbo petrol and a 2.2-litre turbo-diesel. The XUV500 was only meant for diesel buyers and so, the newer product is bringing in newer customers to its fold.

Mahindra is making it a habit of securing five-star safety ratings in Global NCAP crash tests. The XUV700 is the latest to bag top marks and also brought in segment-first ADAS or Advanced Driver Assistance Systems.

Now while there are still many who feel ADAS isn't quite relevant in Indian road conditions but there are many more who are banking on the slew of radars and sensors to further enhance safety. Features like adaptive cruise control, forward collision warning, auto emergency braking, lane-keep assist or even recognizing road signs are some of the many highlights of the ADAS and having it in the XUV700 re-affirms Mahindra's commitment to safety.

Of course, the SUV does also come with seven airbags, ABS, ESP and other safety standout features.

Getting in and out of the third row in the seven-seat set up of the XUV700 isn't the easiest. While the middle-row seats tumble down easily enough, the space created for entry and exit isn't quite wide enough for larger adults.

On the expensive side:

Yes there are a whole lot of features that the XUV700 packs but also be ready to pay for what you get. The XUV700 starts at around ₹12.95 lakh for the base MX petrol variant with five seats and manual transmission but the variant with features like ADAS, leatherette seats, climate control etc is upwards of ₹18 lakh (ex showroom).

While it is great that there is a petrol option available, the variants don't get All-Wheel Drive system. Those who want AWD will have to choose AX7 diesel variants which, obviously, carry a higher price tag.

Mahindra isn't exactly known for its robust post-sales service network. If you are planning to buy the XUV700 and take it to far-flung corners of the country, do consider if there are service stations available. This is also true because the local mechanics may not be able to fix some of the more complicated problems in a car as loaded as this - the integrated smart door handles for instance.