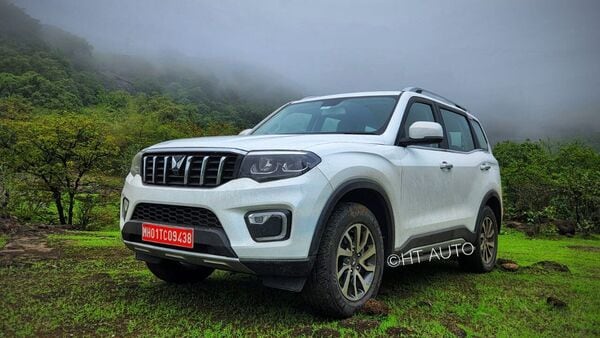 Mahindra and Mahindra has launched the 2022 Scorpio-N SUV at a starting price of ₹11.99 lakh (ex-showroom).

Mahindra and Mahindra has announced that the new Scorpio-N SUV will be available for bookings from today, July 30, at ₹21,000. Launched last month, Mahindra will start deliveries of Scorpio-N SUV from September 26, ahead of the festive season. Mahindra and Mahindra recently revealed the prices of the automatic and all-wheel drive variants of the newly launched Scorpio-N SUV. The carmaker announced that the top-of-the-range Z8L variant with AWD will cost ₹23.90 lakh (ex-showroom). Mahindra has said that the delivery of the Z8L variants will be prioritised initially.

Bookings for the Scorpio-N can be done through Mahindra and Mahindra's digital platform from 11 am today. The carmaker has also announced that the bookings for the new Scorpio-N will be accepted on a first come first serve basis. The date of the delivery will depend on the variants picked by the customers.

Mahindra has also said that customers will be able to modify their bookings by changing variant or choice of colour until midnight of August 15. The first 25,000 bookings will be able to get the benefit of Mahindra Scorpio-N's introductory prices.

Spread across five trims offered with both petrol and diesel powertrains, the SUV also offers two-wheel drive as well as all-wheel drive option across its variants. Under the hood, the Mahindra Scorpio-N gets an mStallion petrol engine capable of churning out 200PS and 380 Nm or an mHawk diesel engine capable of delivering 175 PS and 400 Nm.