Along with Bolero Neo SUV, Mahindra has also hiked the prices of Scorpio SUV, which is set to get a facelift version soon, and the Marazzo MPV.
By : HT Auto Desk
| Written By : Sabyasachi Dasgupta
| Updated on: 21 Sep 2021, 03:39 PM 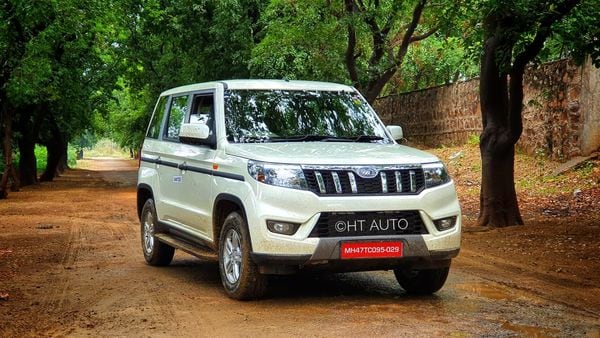 Mahindra and Mahindra has hiked the prices of several of its cars with the increase in prices ranging between ₹12,000 and ₹30,000. The biggest of the hike is in the prices of the recently launched Bolero Neo SUV.

Mahindra has hiked prices of the Bolero Neo SUV by up to ₹30,000. The SUV was launched at a starting price of 8.48 lakh (ex showroom, pan India) and went up to 10.69 lakh (ex-showroom) for the top-spec trim Bolero Neo N10 (O) with Multi Terrain feature.

Along with Bolero Neo SUV, Mahindra has also hiked the prices of Scorpio SUV, which is set to get a facelift version soon, and the Marazzo MPV. The MPV price has been increased between ₹12,000 and ₹14,000, while the Scorpio will be costlier by up to ₹22,000 for the S11 variant.

Mahindra had launched the 2021 Bolero Neo, which is basically a rebranded version of the TUV300, earlier in July this year. The SUV stands similar in dimensions compared to the TUV300 at 3995mm in length, 1795mm in width, and 1817mm in height. Bolero Neo has a wheelbase of 2,680 mm and a minimum ground clearance of 160 mm. Standing on a set of 15-inch wheels, it promises to retain the DNA of the original Bolero SUV, which is known for its tough character on difficult and bad roads.

The top-spec trim - Bolero Neo N10 (O) - is offered with the same 1.5-litre mHawk diesel engine powering the other variants. It can produce 100 bhp and 260 Nm torque of peak torque. The engine is mated to a five-speed manual gearbox.

Mahindra Bolero Neo SUV is the only car in the sub-four-meter category to get features like manual lock differential or Multi Terrain Technology as Mahindra calls it. It rivals the likes of Maruti Suzuki Vitara Brezza, Hyundai Venue, Kia Sonet, Tata Nexon, Nissan Magnite, Renault Kiger, among others.

On the inside, the Bolero Neo offers basic features like a seven-inch touchscreen infotainment system, semi-digital instrument console, cruise control, rear parking assist among others. The safety features include dual airbags, ABS and corner braking control (CBC) and more. It also has independent front and multi-link rear suspension, both with coil springs and stabilizer bars.