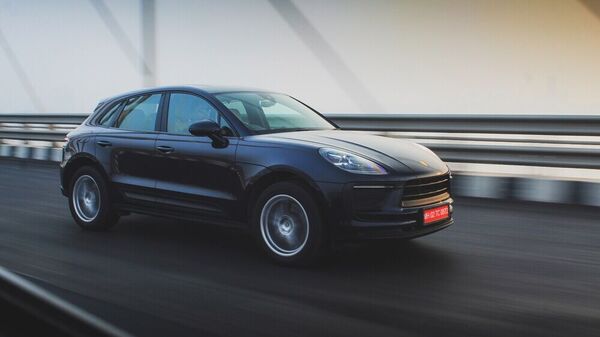 Every two out five cars Porsche sold in India in 2021 was a Macan SUV.

Porsche India has registered its best sales performance in the last seven years. The German carmaker said that it sold the highest number of cars in India 2021 since 2014. Porsche India delivered 474 sports cars last year, selling at least one car every day on an average.

In general, luxury carmakers in India enjoyed a fruitful 2021 with almost everyone registering high sales numbers. Porsche India was no exception as its sales soared last year with a 62 per cent increase over 2020.

Manolito Vujicic, Brand Director for Porsche India, said,“Following a challenging first half of the year due to the impact of the pandemic on people’s lives and businesses, the retail performance from July to December established a new record for us. A total of 301 cars were delivered to new and established customers during the final six months."

The bulk of the sales was thanks to Porsche's flagship SUV Macan. Porsche said Macan SUV was its most popular model sold with a share of nearly 40 per cent in overall sales. This means every two out five cars Porsche sold in India in 2021 was a Macan SUV. In all, Porsche delivered 187 units of Macan, the highest ever for the SUV in the country. Porsche Cayenne was the carmaker's second most sold model in India last year. The two-door sports car had a 17 per cent share in overall sales.

For 2022, Porsche India is looking at a strong start for the year. The company said its order bank has grown by more than 160 per cent in 2021. The carmaker has also launched a number of models recently, expanding its range in India.

Porsche recently launched the 718 Boxster and Cayman GTS 4.0 models in India. Earlier last year, it also launched the fully electric Taycan, its first EV in the country. Besides these new models, Porsche is going to launch the all-new GTS versions of the fully electric Taycan, the latest 911 GT3, the Platinum Edition models of the latest Cayenne as well as the 718 Cayman GT4 RS.