With 120 members belonging to 18 nationalities, this supercar club exclusively for women is not just about looking pretty but driving up a real desert storm.
By : HT Auto Desk
| Updated on: 25 Feb 2020, 10:00 AM 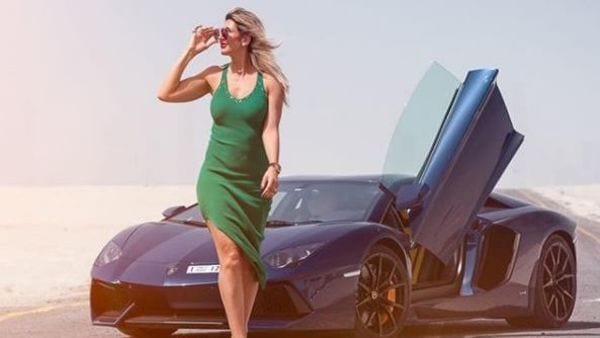 Contrary to widespread assumptions that women in countries of the middle east are prohibited from driving vehicles of any kind, many have been taking to the wheel in their respective countries to show they are indeed at par with their male counterparts when it comes to managing a mean machine. And while Saudi Arabia only recently permitted women drivers, those in the United Arab Emirates (UAE) have had the right for years. In fact, the country now boasts of an exclusive supercar club which is the first in the region with an all-female membership.

Say hello to the Arabian Gazelles.

A post shared by Arabian Gazelles_supercarsclub (@arabiangazelles) on Dec 1, 2018 at 9:33pm PST

Founded by Hanan Mazouzi Sobati in 2016, the ultra luxury supercar club which now reportedly has 120 members spreading across 18 nationalities. And just like exclusive supercars are a dime a dozen in many parts of the UAE, the garage of Arabian Gazelles too is lined up with performance and uber luxury cars aplenty. From Ferraris and Lamborghinis to McLarens, Bentley and Bugatti, the club features the best that the global car industry has to offer.

Speaking to South China Morning Post, Sobati said that while she did get puzzled looks from men when she floated the idea of such a club, her family was always supportive and that the outlook from people at large has undergone a massive transformation. "When men first heard about our group, they were completely puzzled. They didn’t understand the nature or the reason for our group. They questioned our motives and the genuineness of our passion," she is quoted as saying. "Men said things like women aren’t into cars, or they don’t know how to drive, or that they simply can’t afford them. All these prejudices need to be wiped out. Now, most men welcome this idea and support its growth and reach."

A post shared by Arabian Gazelles_supercarsclub (@arabiangazelles) on Mar 4, 2018 at 6:31am PST

For Sobati and fellow members of the club, growth and reach is not just about posing pretty next to the stunning vehicles. Each member is not just passionate about her car but also has in-depth knowledge about its capabilities and are always expanding their skill sets. This has, additionally, helped the Arabian Gazelles - a name taken from the animal found in the region which is known for its graceful speed - attract a lot of media attention and brand spotlight.

Sobati now has her eyes set on entering Saudi Arabia and allowing women in the country to join Arabian Gazelles in order to give them a platform.