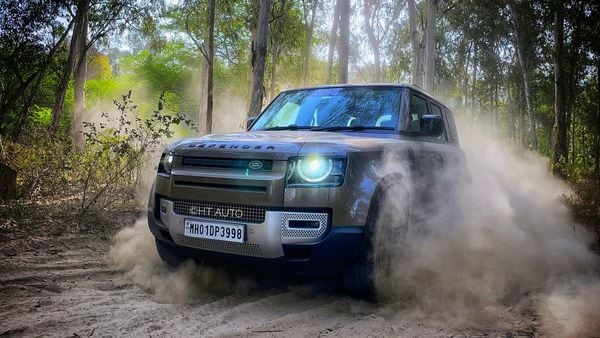 Jaguar Land Rover (JLR) has launched two more powerful engines for the iconic off-roader in India. JLR has added a 3.0-litre 6-cylinder turbocharged unit, both in petrol and diesel, for the SUV, making them the most powerful variants of the model in the country. The Land Rover Defender was previously offered only with a petrol powertrain.

Available in the 90 (three-door) and 110 variants (five-door), the Land Rover Defender SUV will now get the new diesel powertrain across four trims on offer - SE, HSE, X-Dynamic HSE, and X. The engine is capable of churning out 300hp at 4,000 rpm and 650 Nm of torque between 1,500-2,500 rpm. The new diesel engine will make the Defender go from zero to 100 kmph in just 6.7 seconds, marginally better than the petrol unit offered earlier.The top speed of the vehicle is 191 kmph.

On the other hand, the new 3.0-litre turbocharged petrol unit is capable of producing 400hp of power and 550 Nm of torque.Both engines are mated to an eight-speed automatic transmission and are offered with four-wheel drive system as standard. They also feature mild hybrid technology too.

With the inclusion of these new engines, Land Rover Defender has now expanded its powertrain options in India to three. Earlier, it was only offered with a 2.0-litre turbocharged petrol unit that can produce 300hp of power.

Apart from these powertrains, the Defender SUV remains the same as was offered before. It comes with Pivi Pro infotainment system with over-the-air updates, a 12.3-inch all-digital instrument cluster, head-up display (HUD), 3D surround camera, USB or 12V charging point in every row, waterproof activity key, among other highlights.