Lamborghini Urus is a hot-selling SUV but Ferrari Purosangue could potentially throw up a mighty challenge even if taken out in limited and exclusive numbers.
By : HT Auto Desk
| Updated on: 25 May 2022, 09:02 AM Lamborghini Urus has been enjoying mammoth success across the world and the first-ever SUV from the makers of some of the most capable and iconic supercars has seen sales figures reach record highs. Even though there has been some degree of competition from rival brands taking out their respective SUVs, the Lamborghini Urus has managed to retain its crown and is now determined to not cede an inch to even the Purosangue, the first-ever Ferrari SUV.

The Ferrari Purosangue is unlikely to have a road presence as dominant as that of the Lamborghini Urus but when it comes to lineage and pedigree, the prancing horse may have a slight edge over the golden snorting bull. But even if that is a matter up for debate, Lamborghini is not content to just wait for how the reception for the Ferrari SUV may be and is instead reportedly planning a higher version of the Urus. 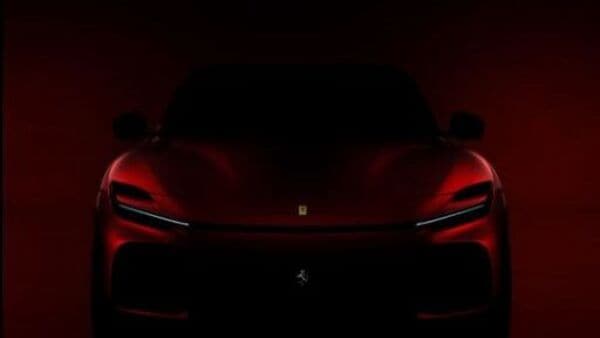 According to reports, a higher-spec Urus is already on the test in Europe and may get the Evo tag that Lamborghini uses for its updated Huracans. This updated and higher model is likely to get an updated front and rear bumper, reworked front grille, new alloy design and may boast of a tighter suspension set up.

The updated Urus isn't likely to have changes under the hood which means it will continue to draw power from 4.0 -litre V8 bi-turbo engine which produces over 640 bhp and offers 850 Nm of torque. It is however likely that Lamborghini gives this a slight re-tune for the figures to go up.

Ferrari, on the other hand, has confirmed that its Purosangue will have a V12 engine at its core although the exact power and torque figures are not yet known. But the wait may not be long now as the Ferrari Purosangue is expected to hit global roads by the end of this year in a bid to take on the likes of Lamborghini Urus, Bentley Bentayga and even the Aston Martin DBX.

(With inputs from Carscoops)