Jeep Wrangler with electric heart may improve its off-road might

While there are no immediate plans of an electric Wrangler, a company official says the possibility cannot be ruled out.
By : HT Auto Desk
| Updated on: 25 May 2020, 11:44 AM 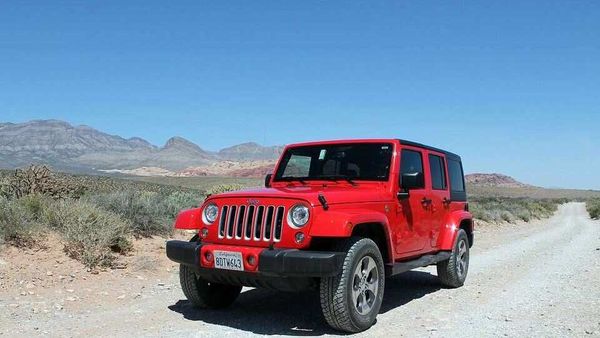 Jeep Wrangler has a huge fan following because of its off-road capabilities.

The Jeep Wrangler is right up there among vehicles capable of taming the wild and charting their own path where there may not be one at all. For years, the vehicle has been touted as one of the most capable machines which has made it an icon of sorts for adventure enthusiasts. And with Jeep now focusing on its electrification strategy, the Wrangler could well become even more capable in the times to come.

Mark Allen, a senior company official, recently told Car Advice that giving the Wrangler an electric heart is very much under consideration and the possibility that it could make it even more capable is a very real possibility. "I truly believe that if we do an electric Wrangler, sometime in the future, that would actually be a better Wrangler," he said. "It would be more capable off-road. It has the ability to do things that we can't do now."

While Allen has clarified that there are no definite plans yet of an all-electric Wrangler, the possibility cannot be completely ruled out for the future. In the immediate future though, enthusiasts can look forward to a plug-in hybrid version of the vehicle. The ability to control each wheel’s speed and direction individually could make an EV version of Wrangler even more capable.

Since Jeep vehicles are favoured for their off-road abilities, any shift to an all electric power train will most certainly have to focus on either maintaining those abilities or improving them. “If we did an electric vehicle, you'd have the ability to control each wheel’s speed and direction individually. That's huge. That's a big deal for manoeuvrability and off-road traction. The possibilities open up for us rather than close down," Allen explained.

Jeep is a renowned brand all over the world but only made its India debut in 2016. After driving in rather expensive models here like Wrangler and Grand Cherokee, the company launched the Compass SUV with quite a lot of success. With rivals upping their game though, the Compass has struggled in recent times.