The U.K.’s largest auto manufacturer, Jaguar Land Rover is in talks to borrow more than 1 billion pounds ($1.2 billion) through the U.K.’s emergency coronavirus lending program.
By : Bloomberg
| Updated on: 24 May 2020, 12:21 PM 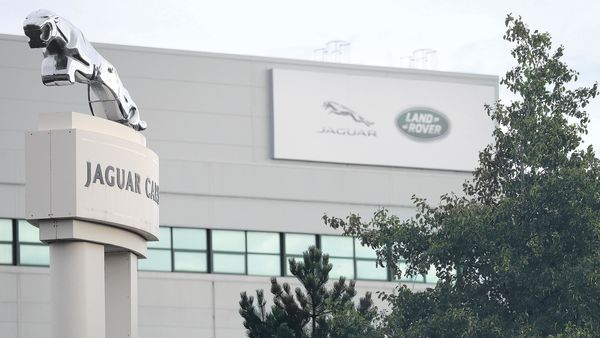 With the coronavirus pandemic crippling demand for automobiles worldwide, Tata Motors Ltd. is worth nothing without its luxury unit Jaguar Land Rover, according to CLSA Ltd. (File Photo of JLR facility used for representational purpose only)

Jaguar Land Rover is seeking a government aid package to weather a collapse in car sales brought on by the pandemic, according to people familiar with the matter.

The U.K.’s largest auto manufacturer is in talks to borrow more than 1 billion pounds ($1.2 billion) through the U.K.’s emergency coronavirus lending program, the people said. JLR is also seeking tax breaks, research grants and other subsidies, which could bring the total value of the state support to more than 2 billion pounds, one of the people said.

The full amount is still being negotiated and no decisions have been made. Owner Tata Motors Ltd. may be required to back part of the U.K. government loan to secure the funding, the people said.

The automaker said it’s in “regular discussion with government on a whole range of matters," declining to provide specifics. Sky News reported earlier that JLR is seeking temporary state funding of “well over" 1 billion pounds. The report also said that a JLR spokesman described “suggestions" that the amount was as high as 2 billion “inaccurate and speculative."

In an emailed statement, the Department for Business, Energy & Industrial Strategy said it’s in regular contact with manufacturers and will assist them through the crisis.

“We recognize the challenges facing the industry as a result of coronavirus," the BEIS said. “Firms can draw upon the unprecedented package of measures, including schemes to raise capital, flexibilities with tax bills, and financial support for employees."

JLR, owned by India’s Tata for more than a decade, remains an emblem of Britain’s carmaking heritage, employing some 38,000 in the U.K. churning out Jaguar sports cars and Land Rover SUVs. Like other carmakers, it’s been burning through cash after health restrictions forced the closure of dealerships and factories to fight the virus’s spread.

In February, JLR shelved plans to issue a U.S dollar bond after investors demanded a higher interest rate to compensate for the risk the coronavirus poses, Bloomberg News reported then.

The company is also an important flagship for the Tata empire’s automaking operation. Analysts at CLSA said this month that Tata Motors is worth nothing without JLR.

Even as some factories start to reopen, there are questions about what demand will look like for luxury vehicles amid a brutal global recession. U.K. car sales fell 97% in April to a level not seen since just after World War II. The industry is lobbying Boris Johnson’s government to allow showrooms to reopen to jump-start sales.

Jaguar Land Rover was beginning to show signs of a turnaround after a slowdown in China, Brexit and European emissions rules crimped sales of diesel vehicles and led it into a debt crisis last year. In January, the company said it had achieved a turnaround plan to reduce costs and improve cash flow three months ahead of plan.

The company had embarked on a restructuring last year, announcing plans to slash 4,500 jobs and moving production of the Land Rover Discovery to Slovakia from a plant near Birmingham, England, to make room for future electric cars at a cost of 1,200 jobs.