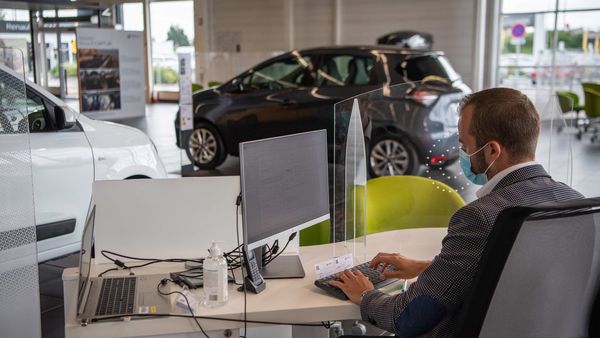 The UK auto industry called for the reopening of dealerships on lockdown for two months.

The UK auto industry called for the reopening of dealerships on lockdown for two months, arguing that social-distancing measures will keep showrooms safe from the coronavirus.

Restarting trade at 4,900 new-car outlets is vital to the industry after a 97% plunge in new-car sales last month, the Society of Motor Manufacturers and Traders said in a statement Friday. It estimates the closures cost the Treasury 61 million pounds ($75 million) a day in lost taxes and state-wage support.

“Allowing dealers to get back to business will help stimulate consumer confidence and unlock recovery of the wider industry," Mike Hawes, chief executive officer of the group, said in the statement. “We see no reason for delay."

Britain’s 82 billion-pound car industry is spluttering back to life from a virtual standstill brought about by the coronavirus. One-half of the country’s car-and-engine plants are expected to reopen by the end of this month, although subdued market demand will crimp output, according to the SMMT.

The U.K. sold just 4,321 cars during April, the lowest since just after the second world war, the SMMT said on May 5. The majority of sales in the month were through fleet orders and to some frontline workers and public services. The SMMT expects registrations to fall 27% for the entire year, to the lowest since 1992.