JLR claims to have witnessed its warranty cost dropped by one-third in 2021 compared to last year.JLR is focusing to be an all-electric car brand by the next decade.
By : HT Auto Desk
| Updated on: 06 Jul 2021, 12:49 PM 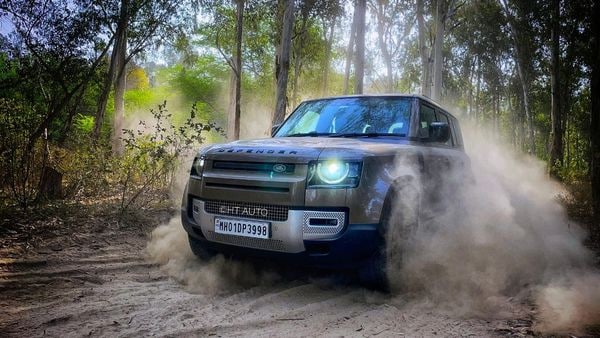 Jaguar Land Rover will start testing a Defender SUV prototype that is powered by a hydrogen fuel cell by the end of this year. (HT Auto/Anik Biswas)

British luxury car manufacturer Jaguar Land Rover's cars have long been haunted by their quality and reliability issues. There have been reports about poor quality JLR vehicles from across the world. In 2018, JLR even witnessed protests outside its Shanghai headquarters.

In March this year, JLR CEO Thierry Bollore even said that the OEM is losing around 100,000 car sales every year due to reliability issues. Now, the brand has pledged to solve the reliability and quality issues once for all, reports Autocar UK. The step comes as the Tata Group-owned auto company aims to rebuild its brand and business.

As part of its new brand-building strategy, JLR aims to develop, produce sell premium cars that will be mostly electric powered. Also, these would be luxurious and reliable, claims the company.

JLR CEO has already acknowledged that JLR cars have some reliability problems. He claimed in an interview that the brand has already improved its cars' quality, but there is still a lot of work to be done. He also emphasised that fixing these reliability and quality issues are the first priority of the company under its Reimagine plan.

As he claimed, the automaker has already started witnessing the positive results of the steps it took to improve the quality of the JLR cars. The auto company's warranty costs for 2021 models have dropped by one-third compared to 2020, claims Bollore.

The car brand has pledged to transition to pure electric vehicles by the next decade. It also aims to make Jaguar an all-electric car brand by 2025 and 60% of Land Rover models battery electric powered by 2030.

Besides the lithium-ion battery electric vehicles, JLR is also planning to develop hydrogen fuel cell vehicles as well. This comes as part of the OEM's strategy to achieve zero emissions by 2036. Not only that, it targets to become a net-zero carbon emission company across its entire ecosystem by 2039.