Hyundai Xcent discontinued from the company website. What it means?

Hyundai launched the successor to the Xcent sub-compact sedan in the form of Aura earlier this year.Hyundai Aura is the sedan iteration of the third-gen i10 (Grand i10 Nios).
By : HT Auto Desk
| Updated on: 24 Oct 2020, 13:56 PM 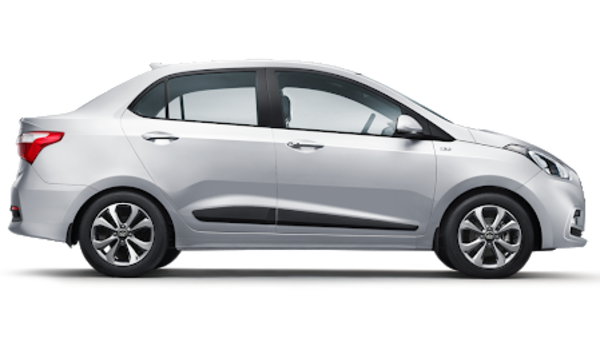 The Hyundai Motor India has taken down the Xcent sub-4 metre sedan from its official website. This could very well mean that the company may be finally phasing out the sedan from the Indian market. However, any official confirmation from the brand is yet to be received.

The company launched the successor to the compact sedan in the form of 'Aura' earlier this year. Also, the Korean automaker continued selling the old car and introduced it in a commercial (taxi) version called 'Xcent Prime'. For the record, Maruti Suzuki follows a similar strategy with its Dzire sedan which is immensely popular among the fleet buyers.

While Hyundai Xcent originally spawned out from the second-gen Hyundai i10 (Grand i10), similarly, the Aura came out as the sedan iteration of the third-gen i10 (Grand i10 Nios). Both the Hyundai Aura and Xcent sedans featured the same length (3,995 mm) and height (1,520 mm). However, in order to carve out slightly more cabin space, the company extended Aura's wheelbase by 25 mm. Aura also stood wider at 1,680 mm. While the Xcent offered a boot space of 407 litres, in Aura this space shrunk to 402 litres.

Some of the direct rivals to the Hyundai Xcent/Aura include the Maruti Suzuki's Dzire and Honda Amaze sedans.