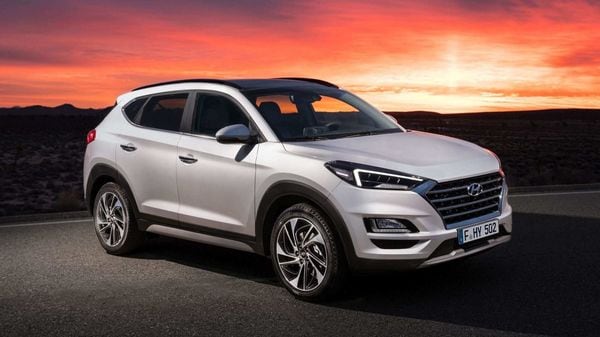 Hyundai is gearing up to launch the new Tucson facelift in the Indian market on July 14. The new Tucson made its debut in the country at the Auto Expo 2020.

In terms of exterior looks, the facelifted model won't stray too far from the previous model. Some of its new updates include a new version of Hyundai’s ‘cascading’ grille at front, tweaked bumpers, new headlight and tail-light units. Hyundai is going to offer the new 2020 Tucson in two trim levels – GL and GLS.

Coming over to the inside, the Tucson facelift will benefit from a new dashboard sporting a free-standing 8.0-inch touchscreen infotainment system. This unit will feature company's Blue Link connected car technology. Apart from this, some other new features on the Tucson will include a panoramic sunroof, wireless smartphone charger, and electric front-passenger seat adjustment. Also expect a new interior colour scheme along with several other updates inside the new Tucson.

As for the mechanicals, the new Tucson will carry forward both the petrol and diesel engines which will now be BS 6-compliant. There will be a 2.0-litre, four-cylinder petrol engine which produces 150 PS and 192 Nm, and a 2.0-litre, four-cylinder, turbo-diesel engine which will be good enough to churn out 182 PS of power and 400 Nm of torque. All-wheel drive (AWD) will also be featured but it will be limited only to the top-spec (GLS) diesel trim.

The new Tucson facelift will rival the likes of the Jeep Compass and Honda CR-V. It will be a slightly costlier model in comparison to the car.