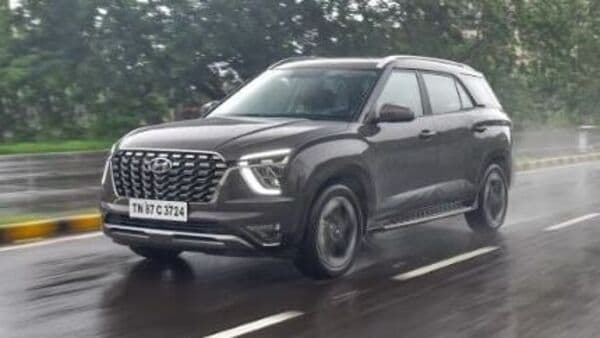 Hyundai has introduced a new base variant of Alcazar SUV at a price of ₹15.89 lakh (ex-showroom).

Hyundai had launched the Alcazar SUV back in June last year at a starting price of ₹16.30 lakh (ex-showroom). Offered in three trims called Prestige, Platinum and Signature, the Alcazar SUV is now offered in 20 variants. The new Prestige XE variant now sits under the Platinum 7-seater petrol manual variant priced at ₹18.39 lakh (e-showroom). The previous entry-level Prestige 7-seater petrol manual variant, which was priced between ₹16.30 lakh and ₹16.69 lakh (ex-showroom), has been discontinued.

Key changes in the new variant of the Alcazar is a smaller infotainment screen, which has been reduced from the 10.25-inch unit to an 8-inch unit. The variant also does not get features like auto-dimming ORVMs and burglar alarm.

Hyundai offers the Alcazar three-row SUV in India with the choice of two engines. These include the 2.0-litre naturally aspirated petrol motor which is capable of churning out maximum output of 157 bhp and peak torque of 191 Nm. There is also a smaller 1.5-litre diesel engine on offer on Alcazar which can generate peak output of 113 bhp and 250 Nm of peak torque. The engines come mated to either a six-speed manual or a six-speed automatic gearbox.

Hyundai Alcazar SUV rivals the likes of Kia Carens, Tata Safari, MG Hector Plus among other three-row seven or six-seater vehicles in India. The SUV is based on Hyundai's best-selling SUV Creta as the carmaker aimed to emulate the success of the five-seater SUV in India.