Hyundai i20 N Line is aimed straight at a young audience looking at a more spirited drive performance from a car that looks even sportier.
By : HT Auto Desk
| Written By : Shubhodeep Chakravarty
| Updated on: 08 Sep 2021, 10:41 AM 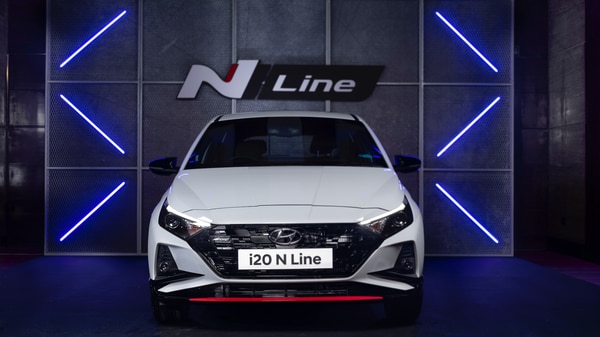 Hyundai i20 N Line is the first of several N Line models planned for India.

Hyundai i20 has been a very successful model for years and years in the country and the third-generation i20 launched less than a year ago - in November of 2020, has managed to build on the success story of the model. With its stylish looks, spirited performance and a feature-packed cabin, the i20 has been a preferred model for many looking for a hatchback. Now, looking to offer a tad bit more, Hyundai has driven in the i20 N Line trim in the Indian car market.

Globally, there are 11 N Line models made available in 40 countries and the company has sold over 1 lakh units of the sub brand. Aimed at a younger audience looking for a slightly more premium look, the i20 N Line in India will be the first of several promised by Hyundai in the times to come.

But when  shopping for an i20, what does the entry of the N Line trim to the model mean. And what does it promise for the slightly higher price points at which it is being offered at? We have got you covered, read on.

i20 N Line sits above the ‘regular’ i20 Asta O in terms of pricing. It is offered in three variants - N6 with iMT, N8 with iMT and N8 with DCT. Now if you're keen on a diesel model, you have no choice but to go for the existing i20 models because the N Line variants all come with the 1.0-litre Turbo GDi petrol engine. Hyundai i20 N Line gets a sporty look with the fresh alloy design and dual exhausts on the exterior.

This engine produces 120 Ps and offers 172 Nm of torque. As mentioned, transmission duties are either handled by the semi-automatic iMT or the much-acclaimed DCT. No, there is no manual transmission box.

Bulk of what's new on the i20 N Line is in terms of styling - both on the outside as well as the inside. While it is identical in terms of dimensions to the third-gen i20, it has a new chequered-flag inspired front grille, red accent on the front skid plate and another red highlight on the side sill garnish. The brake calippers on the front wheels are also done in red while the rear profile has a sporty spoiler with side wings.

There is a twin-tip muffler at the back and the exhaust notes have been re-tuned for an audible difference. 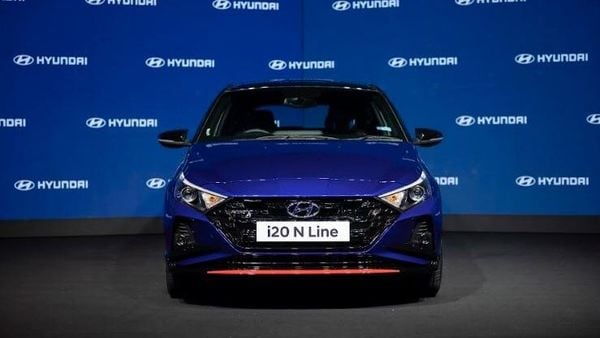 Hyundai i20 N Line may not be a volume driver for the company in India but could well appeal to a younger audience looking for a sportier drive option.

The N Line and N logos are found all around the exterior body of the car and make way into the cabin as well.

Step in and the i20 N Line offers an all-black interior colour theme with red being the shade for highlights. So, the ac vents have a dash of red, the stitching and upholstery cladding  is in red as well while the gear knob get perforated leather wrapping and also have red accents. The seats again have a chequered-flag design theme and these and the the three-spoke steering wheel get the N logo. 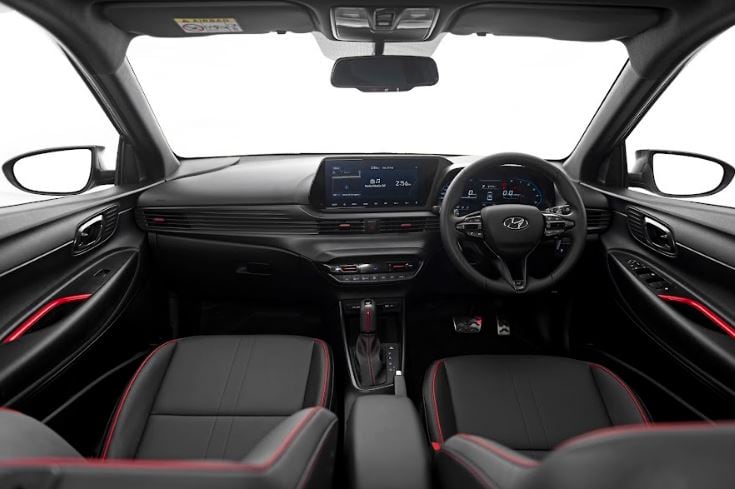 A look at the cabin of the Hyundai i20 N Line.

And since we are inside this car, it is important to note that the electric sunroof here can be operated via voice commands.

The i20 N Line promises to be more fun and engaging to drive and therefore, has a steering wheel that has been re-adjusted for bit more heft and clout. Hyundai also promises better stopping power courtesy disc brakes on all four wheels. Then there is the claim of a re-tuned suspension set up.

Hyundai believes that the i20 N Line will build on the success of the i20, rather than eat into its space. While it may not be a volume driver for the company, it does promise to open a new window into the world of hot hatch in the country.