Home Auto Cars News Hyundai I20 N Line To Touch Down In India Tomorrow: What We Know So Far

Hyundai i20 N Line to touch down in India tomorrow: What we know so far 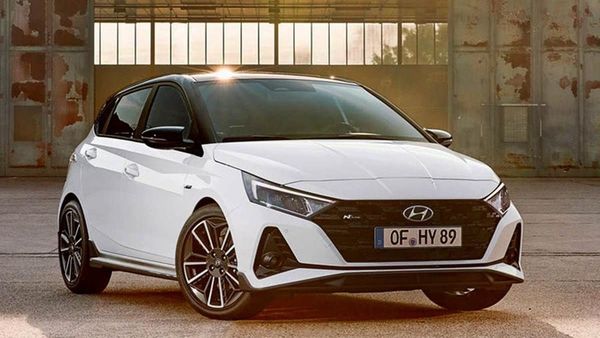 Hyundai is gearing up to make its product portfolio in India more exciting with new model launches. The South Korean automaker has announced that it will bring its N Line models to the country. Several N Line models are planned to be introduced here. The first among these will be the i20 N Line that is set for an unveil on August 24.

Also Read: Hyundai i20 N Line to make India debut in September: Here's what to expect

The Hyundai i20 N Line will be the first model from the brand's performance-focused lineup in India. The i20 N Line is expected to come with some hot enhancements over the standard hatchback.

Here is what we know about the upcoming N badged car so far.

The cabin of Hyundai i20 N Line gets a sporty look with the enhancements. It gets red contrast stitching on steering wheel, gear shifter, black seats and upholstery. Other design elements inside the cabin include metal pedals. The seats get N Line badging.

Apart from these the cabin is expected to get the features such as 10.25-inch touchscreen infotainment system with Android Auto and Apple CarPlay and BlueLink. It would be connected with a premium audio system. Also, there would be an elecric sunroof, ambient lighting, wireless charging.

The Hyundai i20 N Line is expected to come with the same 1.0-litre turbocharged petrol engine, which works under the hood of standard model. The engine is capable of churning out 120 PS of power. Transmission options would include an iMT and DCT gearbox. The engine is likely to be tuned for a better response.

Being a performance focused car, it would come with a raked suspension set up. The brakes could be disc brakes on each wheels.