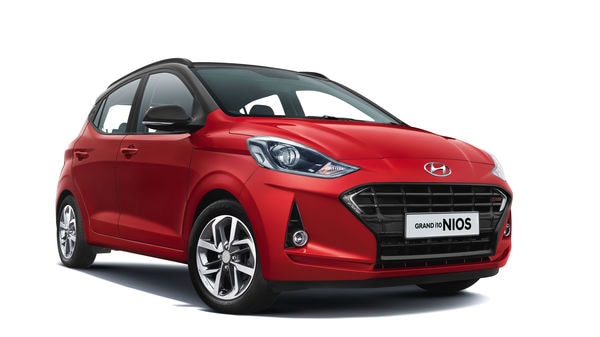 Photo of Hyundai Grand i10 Nios

(Also Read: Hyundai underlines commitment to 'Make in India', exports 5,000 vehicles in May)

The company introduced the Grand i10 Nios Turbo earlier this year in February. The Nios Turbo GDi variant was launched in the Sportz and Sportz Dual Tone (DT) grades. While the Spotz trim was priced at ₹7,68,050*, the DT was launched at ₹7,73,350*. Now as per the updated price list, the Sportz trim has turned dearer as it costs 7,70,050*. There is no mention of the DT trim, this indicates that the DT might have been taken off the shelves.

The company further expanded the Grand i10 Nios range with the launch of the Grand i10 Nios CNG variant in April. The greener Nios was introduced in the Magna and Sportz trims. While the former was given a ₹6,62,610* price tag, the latter was priced at ₹7,16,350*. As per the latest development, the CNG variants now cost slightly more at ₹6,64,610* and ₹7,18,350*, respectively.

Here's the full price list of the Grand i10 Nios model:

The company has also introduced its most affordable N Line model, the i10 N Line hatchback in Germany recently. The hatchback has been priced at EUR 18,790 which coverts to whopping ₹16.08 lakh in India. (More details here)